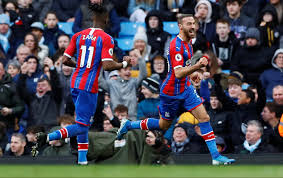 Cenk Tosun has been told he will be used in “some games” this season after making his first Everton appearance in over 11 months. Tosun came off the bench to replace Niels Nkounkou at Newcastle United on Sunday, to play for the Blues for the first time since December 21 against Arsenal – the day of Carlo Ancelotti’s appointment. Ancelotti included the Turkish striker in three matchday squads before he left to join Crystal Palace in the January transfer window. But the 29-year-old is fit again and though Ancelotti says he is not fully match sharp yet, the manager has promised that Tosun will get his chance.

Cenk Tosun said “We need Cenk for some games, he is a good striker in the box, really good, really efficient in the box, It is good to have him back. Of course, he has to improve his condition but I think it is an important sign he is back.”