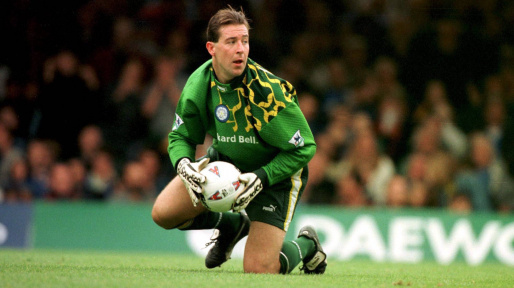 Former Everton goalkeeper Nigel Martyn has opened up on how James Rodriguez has already won him over after being pensive when he first signed. The 29-year-old signed a two-year deal at Goodison Park with the option of a third during the summer transfer window, bringing his six-year spell with Real Madrid to an end. The Colombia international has once again linked up with Carlo Ancelotti, who took him to Real in 2014 and signed him on a two-year loan for Bayern Munich back in 2017. Rodriguez – who has also enjoyed spells with Porto, Monaco and Bayern Munich during his time in Europe – has been instrumental in helping Everton get off to a fine start this season. And Martyn believes that although Rodriguez was part of the Blues side beaten for the first time this season by Southampton at the weekend, any doubts over the forward have been swept away.

Nigel Martyn said “The addition of Rodriguez, from the outside, I was a bit pensive, Great player, great World Cup, going to Real Madrid, perhaps he would have been hoping to go bigger so you often worry about that type of signing. The things that I’m looking for is chasing back, lost possession and [not just waiting] for somebody else to do his work. [But he has been] working back as well, which shows he’s keen to find a new home. I like Allan. Goes under the radar but breaks up a lot of play, doing a bit of the Lee Carsley role from my time there! They’re the players other players appreciate a heck of a lot, they do a lot of the running, tackling, the nastier side of the game, the selfless running. He’s been really good; his passing is decent as well. He’s impressed me quite a lot. Midfield-wise, they look a stronger outfit than they were last year.”

#PremierLeagueStories – #OwenHargreaves pinpoints the moment when #MarcusRashford showed his leadership skills in the game against Leipzig #MUFC
#PLStories – #OleGunnarSolkjaer provides injury update ahead of big clash against Arsenal #ArsenalFC #MUFC
%d bloggers like this: