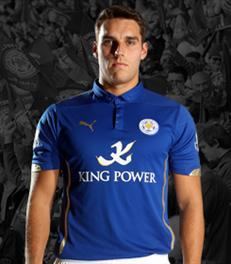 Matty James said “It’s been hard, Watching football was becoming not very enjoyable. Leicester City have been amazing, I can’t speak highly enough of every single member of staff, the physios, the players. It’s been hard because it’s been one thing after another. I was having an operation virtually every three or four months. I had to have both Achilles operated on, and at the same time I was trying to be a husband and a father, and it was just trying to remember that football didn’t mean everything. That was difficult mentally. I had to focus on each day. I was projecting too far, I was making unrealistic goals and that’s one thing that Brendan helped with, just to try to be present and take it day by day. In August time (in 2019), that was probably the most difficult point where I wasn’t enjoying what I was doing. I was questioning everything. There was a moment where I did think: ‘Should I give in?’ ‘Should I continue?’ It was because of my kids really because I couldn’t do anything with them. I was spending more time on crutches and I wasn’t myself. And I thought, longer term, is it going to be better for me? But I had good conversations with certain people, Brendan, the physio Dave Rennie, who’s been amazing, the psychologist. We just went through different scenarios and something clicked. I woke up one morning and my pain wasn’t as bad. Maybe I relaxed and a new manager gave me a bit of belief that I could prove to him that I could get back to a level. It was a weird situation but one that has made me stronger. I stuck in there and worked extremely hard to try to get myself back to a level, and I think I did that at Leicester. I think I was at a level where if an opportunity arose, I would have been able to take it. It just didn’t arise. So then we did try to get out in January (2020), but we decided to maintain a level of fitness up until the end of the season. Then, I was desperate to play and prove to myself that I can still play football, and to prove to other people that I’m not going to quit, I’m not going to let my body take charge of this moment in time. I feel like I’ve got more to give.”

James made his first league start since March 2018 at the weekend as he made the first appearance of his latest Barnsley loan spell, the Championship clash at Millwall ending in a 1-1 draw. The 29-year-old is hoping a period with the Tykes will help him get back to his best, which seemed a long way off last August amid continued Achilles problems. James admitted he did consider calling off another attempted comeback.

#PremierLeagueStories – #BernardoSilva admits that Manchester City have not been good enough so far this season #MCFC
#PremierLeagueStories – #JoseMourinho praises “Clever” #SeanDyche after hard fought win in East Lancashire #Burnley
We use cookies on our website to give you the most relevant experience by remembering your preferences and repeat visits. By clicking “Accept”, you consent to the use of ALL the cookies.
Do not sell my personal information.
Cookie settingsACCEPT
Privacy & Cookies Policy