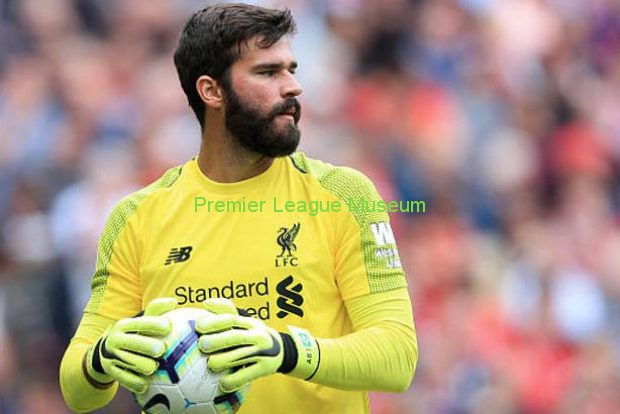 Jurgen Klopp has explained Liverpool’s change of formation against Sheffield United – and revealed it was Alisson Becker’s decision to make a surprise comeback.

Jurgen Klopp said “It was good in moments. It was not so much about getting Diogo on the pitch because he can play in a lot of positions in our usual formation. It was like, how can change, how can we start, how can we do all the things that are important in the game, how can we cause them problems? Sheffield United had a big advantage, obviously they prepared for a full week for our game. They can do 12 different set-pieces and train them through the week, while we have recovery sessions. We thought with a slight change we could at least give them some problems as well. It wasn’t about changing too much for us. Only in moments. Offensive-wise, it gives us extra options. We put Mo in a different position and he played an incredible game. Mo and Sadio didn’t score but played outstanding. Sadio in one-on-one situation was pretty much undefendable. Mo was sensational between the lines, and the other two boys scored.”

Alisson returned in goal having missed the last three games with a shoulder problem. There were initially fears the Brazilian would be out for up to six weeks, but he declared himself fit to play having returned to training this week.

Jurgen Klopp said “Adrian did really well, but getting Ali back is obviously a pretty big, big boost for all of us. It was nearly three weeks he was out, and it feels like we had 15 games in between! I was really happy when he gave the green light and said ‘yes, I’m ready’ because it was his decision. I cannot make the decision for him whether he feels pain when he bounces on the ground or whatever. It was his decision and he said thumbs up.”

The Reds dispensed with their usual 4-3-3 approach by starting with a 4-2-3-1 tactic for the Premier League visit of the Blades on Saturday night. Diogo Jota was given a first Premier League start since arriving last month, lining up on the right wing with Mohamed Salah switching to centre forward with Roberto Firmino in behind. The move ultimately paid dividends with Firmino netting the equaliser shortly before the break and Jota the winner in the second half as Liverpool came from behind to win 2-1.

#PLStories – #JurgenKlopp unhappy with #VAR and how #Fabinho was judged #LFC
#PLStories – #GrahamPotter is not concerned about interest from Liverpool for #BenWhite #BHAFC #LFC
We use cookies on our website to give you the most relevant experience by remembering your preferences and repeat visits. By clicking “Accept”, you consent to the use of ALL the cookies.
Do not sell my personal information.
Cookie settingsACCEPT
Privacy & Cookies Policy