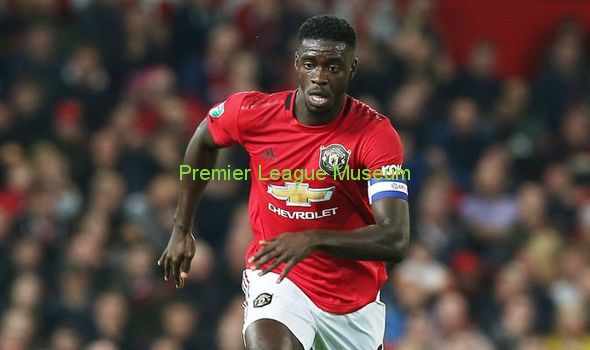 Axel Tuanzebe said: “Yeah, it was good. It was good to get a run out. It’s a difficult game to come back to, but I’m just happy we’ve got the win. We came here to win. We’re in this competition to compete. We showed PSG respect, but ultimately we’re the bigger team and we want to dominate and get the three points. Most definitely, you pay them [Neymar, Mbappe and Angel Di Maria] the respects but, at the end of the day, you focus on your own game and you try and do your best for the team. We came out here to win, got the three points and we’re happy with that.I kept telling him through the game, ‘I want my goal, I want my goal!’ and he delivered, so I’m just happy for him. And he’s delivering week in, week out for the team, and I just want him to keep going and helping the team out.”

Operating on the right side of a back three, Tuanzebe found himself directly up against Kylian Mbappe and acquitted himself extremely well despite having not previously kicked a ball for the first team since last December. Rashford struck in the 87th minute to clinch all three points for United after Anthony Martial’s own-goal had cancelled out Bruno Fernandes’ opener.

#PLStories – #OdionIghalo wants British Government to help Nigeria in crisis #MUFC #Nigeria #Britain
#PLStories – #MesutOzil trying to face tough times bravely after getting isolated by Arsenal #ArsenalFC
We use cookies on our website to give you the most relevant experience by remembering your preferences and repeat visits. By clicking “Accept”, you consent to the use of ALL the cookies.
Do not sell my personal information.
Cookie settingsACCEPT
Privacy & Cookies Policy