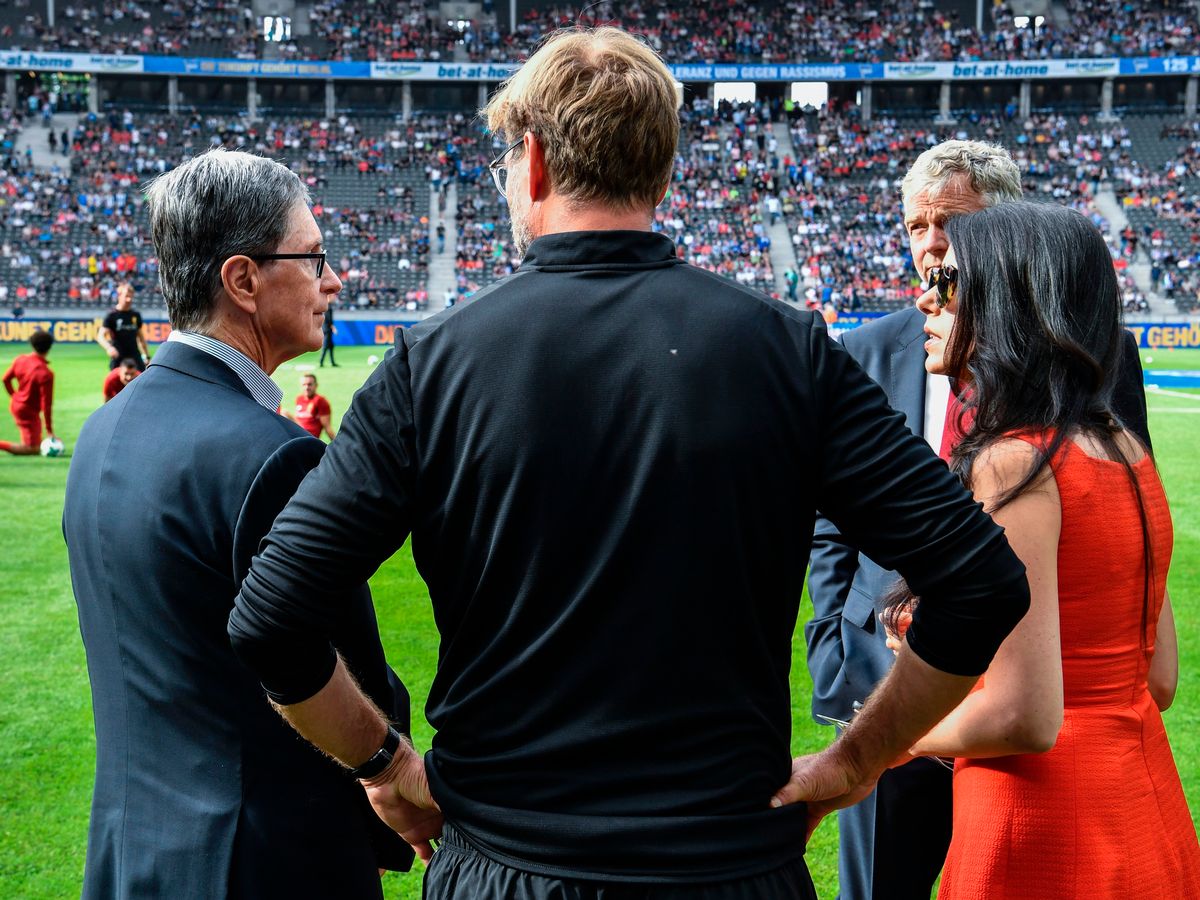 Last week saw reports emerge that FSG were set to move into a new phase of their ownership of Liverpool. FSG are in talks with RedBall Acquisition over a potential merger, one that would see RedBall take a stake of around 25 per cent, the American special purpose acquisition company (SPAC) raising $575m (£443m) in its initial public offering (IPO) back in August, the purpose of the funds being to invest or acquire a professional sports organisation. RedBall will be looking to raise another £771m ($1bn) to complete any transaction, the club then possibly moving on to the stock market.SPACs raise money by going public and then have a set period, usually two years, to find and secure a company in which to invest or acquire.

The men behind RedBall are baseball guru and long-time Henry friend – and also subject of Hollywood film ‘Moneyball’ starring Brad Pitt – Billy Beane, as well as billionaire American financier Gerry Cardinale, a man with a keen interest in European sport. The CV of Billy Beane is a little more widely known than that of Cardinale’s, that tends to happen when Hollywood immortalizes you in cinema. Beane’s time with the Oakland Athletics, where his still remains – for now – as executive vice-chairman and shareholder with the Major League Baseball franchise where he made his name through his love and adoption of statistical analysis.

Gerry Cardinale started his working life at Goldman Sachs in New York, spending 20 years there and rising to partner before leaving in 2012, spending a few months at BDT Capital Partners before setting up private investment firm Red Bird Capital Partners.Cardinale has married his interest in sport and business several times, being a board member of YES (Yankee Entertainment & Sports Network) since 2001. Cardinale is a major stakeholder in the YES Group, America’s biggest regional sports TV network, which broadcasts the live games of the New York Yankees, Brooklyn Nets, New York City FC and WNBA team New York Liberty. He has also served as a board member of Yankee Global Enterprises, the corporate holding company of the MLB franchise the New York Yankees and its affiliated businesses. Cardinale also sits on the board of a number of other organisations such as Skydance Media and One Team Partners, which works in partnership with the Players Associations of the NFL and MLB to monetise the name, image and likenesses of the collective players. The American financier has, like Beane, an interest in sporting analytics and invested in Austin, Texas-based firm Zelus Analytics, which is described as a world-leading sports intelligence platform for professional sports teams. For Cardinale, 2020 has been particularly busy for his business interest given the creation of Redbird FC, the purchase of Toulouse, forming RedBall – which counts former Premier League executive chairman Richard Scudamore as a board member – as well as entering into a business venture with Hollywood actor Dwayne Johnson in the purchase of the XFL spring football league in the US.

The founder of Zelus, Doug Fearing, has a background in analytics and statistical modelling similar to that Beane adopted at Oakland, with Fearing, doing a similar role for both the Tampa Bay Rays and Los Angeles Dodgers. The investment in Zelus Analytics, who could be included in an successful merger with FSG, tied into his July 2020 acquisition of French Ligue 2 side Toulouse, whom he acquired through a newly established company, Redbird FC, the idea being to bring data analysis to the forefront of the club’s decision making process. The Liverpool connection was furthered by the appointment of ex-Reds director of football, Damien Comolli, as chairman of the French side.

Ten years since taking on the Reds from the grip of Tom Hicks and George Gillett, John Henry’s FSG have overseen a period of growth that culminated in success with a Champions League triumph and a 30-year wait for a league title at an end.

#PLStories – #SeanDyche believes they can only get better from their current position #BurnleyFC
#PLStories – #JurgenKlopp believes #JamieCarragher was wrong in pointing out transfer issues at Liverpool #LFC
%d bloggers like this: