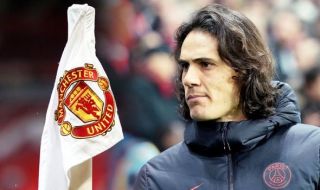 Ole Gunnar Solskjaer has challenged Edinson Cavani to tick all the necessary fitness boxes before he takes to the field as a Manchester United player. But Solskjaer is confident the Uruguayan will hit his straps in due course, after training with United for the first time earlier this week.

Ole Gunnar Solskjaer said “He’s naturally fit. He is fit enough but he needs to play football with the rest of the players and be in those kinds of situations.  Of course, you can’t live on memory, really, because it’s been a while. He’s very thorough, professional and he knows what he needs and what he wants. He still hasn’t ticked all the boxes before he’s available to play. I think as a team and a club we always want to get players in. And I think Edinson coming in, we’ll give him time to adapt to the Premier League and get his sharpness and fitness back. We’ve had some very good performances by Odion and he’s still a very important part of this squad.”

United have left Cavani at home for their Champions League group stage opener against the striker’s former club Paris Saint-Germain tonight, with the 33-year-old still getting up to speed. He has only just emerged out of quarantine after having to self-isolate for 14 days following his move from France. Cavani’s United debut could come in the Premier League contest with top-four rivals Chelsea at the weekend. Solskjaer will soon have several options up front, with Marcus Rashford, Anthony Martial and Mason Greenwood among them, along with Cavani. Another is Odion Ighalo, and Solskjaer was asked about the Nigerian’s role at the club in the wake of Cavani’s arrival. Ighalo is contracted to United until January, on a loan from Chinese club Shanghai Shenhua.