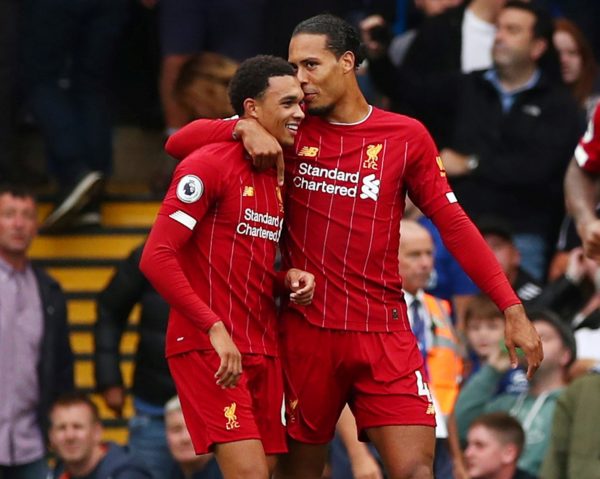 Jamie Carragher said “The big question you look at now is, can Liverpool win the league without Van Dijk there? I think every team has three or four players, in every title-winning team or a team that thinks they can win the title. One of them players you’ll miss, no matter how big your squad is, who the manager is, you can’t cover for them. I think it blows the title race wide open, I really do. I still felt at the start of this season that Liverpool were the team to beat, and with van Dijk being out for what looks like the whole season now, I think it’s gonna be all on for Liverpool. I think Liverpool have to go into the market in January, not just because of van Dijk’s injury, but Liverpool were weak in that area anyway. They lost Lovren at the start of this season and the other players in that position now are very injury-prone, so yes, devastating news from Virgil van Dijk. We pass on our wishes, I’m sure everyone does around football, but I think for Liverpool, Jurgen Klopp and the club, it’s right away, who can we get in? I know the transfer window has just finished but they have to be ready on January 1 to bring someone in because they’re really weak in that area and that could stop them from going on to try and achieve what they want to achieve.”

Manchester City have their eyes set on the crown of being England’s best club once again after being comfortably beaten to the title by Liverpool last season. Both clubs have endured tricky starts to the new campaign, with Liverpool being thrashed 7-2 by Aston Villa while City lost 5-2 at home to Leicester City. Everton top the table after five matches on 13 points, with Liverpool on 10 points – three above City although having played a game extra.