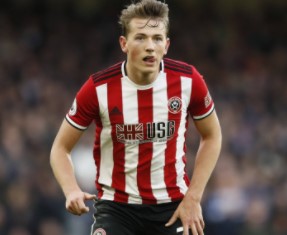 Sander Berge is backing his Sheffield United team-mates to regain their spark after a disappointing start to the season.

Sander Berge said “We need to improve a lot because the Premier League is getting more and more competitive each year, We are the same team, we know our characters and we know our team spirit is high. With that first year in the Premier League behind us it will give us a bit more confidence to know that we can really compete against everyone. This United team is incredible. Since I have come here I have been surprised at how good the players are. I have played international football and in the Europa League and Champions League before and I have never been in such a good group of professionals. How we train, how we perform. The players have the desire to want to work hard and I have been very impressed by each and every one and I think we still have more to come.”

The Norwegian international, who became United’s record signing when he joined from Genk in January, is adjusting to life in England after a difficult first few months. Project Restart was difficult for everyone connected and it took its toll on United more than most teams, but Berge still played his part in ensuring they secured an excellent top-10 finish. Four games into this new season, however, and the fortunes have changed compared to when he first arrived.