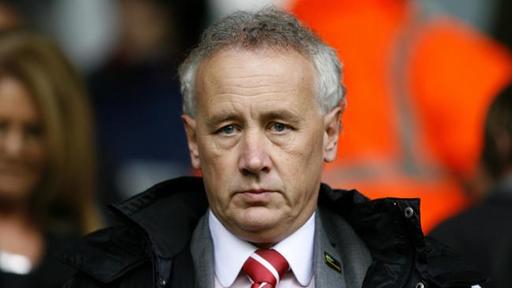 Plans to reform the Premier League under the ‘Project Big Picture’ proposal have been confirmed by EFL chairman Rick Parry. A statement on the Premier League website acknowledged the plans – which were first reported by the Telegraph – and Rick Parry has now shared an official update to the EFL website.

Rick Parry said: “The need for a complete rethinking regarding the funding of English professional football predates the Covid-19 crisis. Discussion and planning around ‘Project Big Picture’ has been ongoing for quite some time, unrelated to the current pandemic but now has an urgency that simply cannot be denied. The revenues flowing from the investment and work of our top clubs has been largely limited to the top division creating a sort of lottery, while Championship clubs struggle to behave prudently and Leagues One and Two are financially stretched despite enormous revenues English football generates. This plan devised by our top clubs and the English Football League puts an end to all of that. The gap between the Premier League and the English Football League has become a chasm which has become unbridgeable for Clubs transitioning between the EFL and Premier League. In 2018/19, Championship clubs received £146 million in EFL distributions and Premier League solidarity payments. This compares with £1.58 billion received by the bottom 14 Premier League clubs – 11 times as much. At the same time, Parachute Payments received by the eight recently relegated clubs totalled £246 million. This represents one-third of the total Championship turnover and creates a major distortion that impacts the League annually. In an effort to achieve promotion from very small media monies in the Championship to extraordinary sums at the bottom of the Premier League, Championship clubs spent 107% of their income on wages last season, a figure that is unsustainable by any analysis but by no means a new phenomenon. The figure has been 99% or above in each of the last four seasons. Consequently, our Clubs incurred operating losses of £382 million last season. In the last 12 months, owners have had to inject some £384 million in capital – all before a pandemic created the current financial crisis and impacted Clubs, alongside many of the businesses that help fund them. Project Big Picture takes a huge step by sharing 25% of Premier League media net revenues with the EFL in order to correct this imbalance going forward. Coupled with the introduction of strict cost controls, Clubs at every level of the EFL will become properly sustainable even in the face of a major crisis – and more importantly – beyond. Just as importantly, the financial gap between the bottom of the Premier League and the top of the Championship will be substantially reduced. This will create a much softer landing for relegated clubs. The elimination of Parachute Payments will create fairer competition and discourage irrational behaviour. The creation of a short-term rescue fund of £250 million to replace lost match day revenue this season and last will enable every Club to plan to continue to play and move forward with certainty. As an advance against increased, future revenues this is not a loan and therefore does not need to be repaid. It could never have been repaid under the existing terms and revenue of the English pyramid. Now is the time to address both the long-term health of the game and the most challenging short- term crisis it has ever faced. Project Big Picture provides a new beginning which will revitalise the football pyramid at all levels. This new beginning will reinvigorate clubs in the lower leagues and the communities in which they are based. The whole of English football has been negatively impacted by this pandemic and the English football pyramid as a whole is only as healthy as those at its base. Through this proposed restructuring we aim to strengthen those who need it most at a time when they need it most. This is about building on what is good and making the most of what works well in order to benefit the game as a whole, while simultaneously tackling those issues which trouble all of us. This is a blueprint for the future of English football and for everyone who cherishes it.”

Manchester United and Liverpool are reportedly driving the shake-up, which would see the top-flight reduced to 18 teams and hand increased power to the division’s ‘big six’ clubs as well as Everton, West Ham and Southampton. The plans, which would affect Aston Villa, Wolves and newly promoted West Brom, would reshape the finances of the game and would see the Premier League hand out a £250m rescue package to the EFL to help see them through the coronavirus pandemic. Both the League Cup and Community Shield would be scrapped, as would the current rule requiring majority backing from at least 14 of the 20 top-flight clubs to pass any changes.