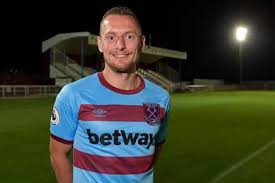 West Ham United defender Vladimir Coufal has taken to social media to speak out on “incorrect” reports that he had tested positive for coronavirus.

The West Ham right-back tweeted: “Following some incorrect reports on social media today, I wish to make clear that I have not returned a positive test for COVID-19, and remain focused on representing my country against Israel tomorrow. Tomorrow I should play the match after the match to return to Prague and undergo further tests. Thanks everybody for the support.”

Coufal recently joined the Hammers from Slavia Prague for £5.4m on a three-year deal, and impressed on his debut for West Ham against Leicester City. Despite signing just 48 hours earlier, the right-back went straight into the visitors’ starting line-up for their convincing 3-0 win at the King Power Stadium. Coufal had the difficult task of tracking the in-form Harvey Barnes on that day, but did well in a fantastic individual display. He then went on international duty with Czech Republic, with reports emerging this weekend of three positive cases of coronavirus within the Czech Republic camp. If all is okay with the further tests Coufal has to undergo, then he should return to London in time for the Irons’ away trip to Tottenham Hotspur on Sunday October 18.