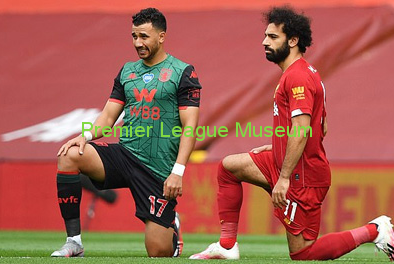 Aston Villa winger Trezeguet has lifted the lid on his close friendship with Liverpool icon Mo Salah. The two are teammates for the Egypt national side, but Trezeguet has revealed that they are very close friends off the pitch. Ahead of their game, he spoke of the bond the two have.

Trezeguet said: “Salah and I are good friends. We used to meet in London, especially when we have time off; we’ll go perhaps for dinner together, along with (Arsenal’s) Mohamed Elneny, (West Brom’s) Ahmed Hegazi and (Villa teammate) Ahmed Elmohamady. We are all good friends, not just colleagues. We know each other’s families, we know everything about each other. I’m sure we’ll speak before this game but we won’t talk about it. We’ll just joke, discuss other things. Anything to take the pressure off, I have played in the national team with Salah for seven years. I play left, he plays right, and we reached the final of the African Nations Cup in 2017 and played in the World Cup together the following year. It will be a hard game because of what Liverpool have achieved but we are ready. We are ready to do something good for Aston Villa. We have a strong team now, we’ve learned from last year and this year I believe we can do something important this season.”