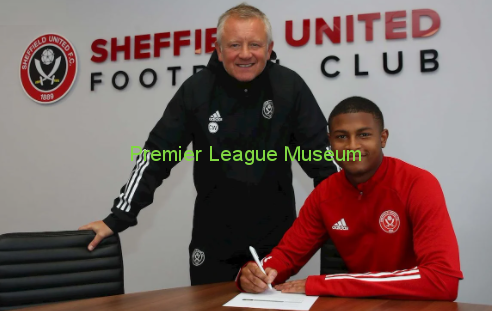 In Rhian Brewster, Sheffield United have signed one of the country’s “hottest properties”. That’s according to a delighted Chris Wilder. The Blades boss is delighted that he has finally got his man after identifying Brewster as his top striker target this summer. he 20-year-old completed his move from Liverpool today after a week of negotiations between the player and both clubs. Wilder said the striker department was an area that needed addressing after a low return from his forwards last season and his arrival is a major deal for United.

Chris Wilder said “At the top of the pitch we have one of the country’s hottest properties from Liverpool and for him to sign permanent here is fantastic for everyone concerned. There has been a lot of interest in him over the summer, a lot of speculation about who we were going for, but he has been our number one target and I am delighted to have secured his services. If you look at the signings we have made throughout the summer, it bodes well for the future of the football club. He’s a talent, as are a lot of the younger players we have brought in, whether that’s Oli Burke, Max Lowe, Jayden Bogle or Aaron Ramsdale, they are the profiles of the players we wanted to bring in during the summer, and we’re delighted we have done it. He’s a natural goalscorer. He finishes from any aspect, whether it is in the air or whether it’s spectacular goals, free-kicks or off his shin. He has a lovely habit of scoring goals, which is crucial in the Premier League.”