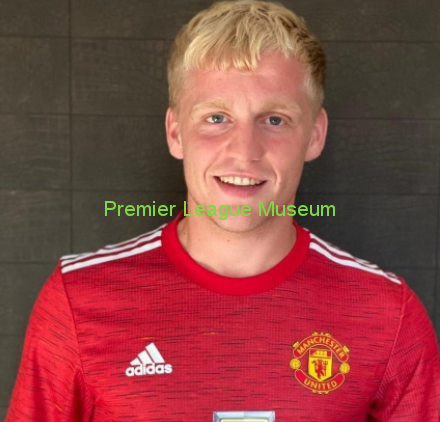 Ole Gunnar Solskjaer could use Donny van de Beek on the left of his front three after his impressive performance in Manchester United’s Carabao Cup win at Brighton. The Holland international played as United’s advanced central midfielder at the Amex Stadium but he often drifted to the left under instruction from Solskjaer and finished the game in a position that he could find himself featuring in more frequently. The United boss hailed Van de Beek’s tactical flexibility and hinted he could feature in a wide role if required this season. While Daniel James began on the left for United he was withdrawn midway through the second half, when Van de Beek moved to that role for the final quarter.

Ole Gunnar Solskjaer said “He’s got very high footballing intelligence and tactically he’s gone through the Ajax system. Dutch football is tactical, he knows football, he’s got his head screwed on, He’s a different type of left-sided player compared to Dan James and Marcus Rashford but coming inside and finding good pockets why not, he can play loads of different positions, which sometimes is a strength for a player. I remember myself sometimes, right-wing, left-wing centre forward, No. 10, Donny is one the coach will always look to have in a squad. We know how many games we’re going to play and he’s going to be vital, He’s proved in every game he’s been a part of that he’s got high quality, he’s such a clever mover, he plays the game simply but effectively, with high quality. He’s knocking on the door.”