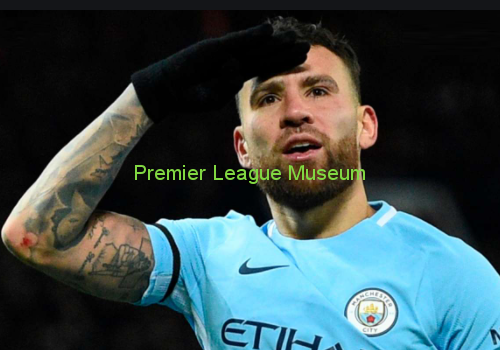 Nicolas Otamendi has bid an emotional farewell to Manchester City after sealing a move to Benfica. The defender’s five-year spell at City has come to an end as he heads to Portugal on a permanent deal, with Ruben Dias moving in the opposite direction. Otamendi made 210 appearances for the club, scoring 11 goals along the way. The Argentine also won every major honour in English football – two Premier League titles, one FA Cup, four League Cups, as well as two Community Shields.

Nicolas Otamendi said “They were five wonderful years – not just in a footballing sense but also at a club where they treat you in the best way possible, from the chefs to the kitmen, through to the backroom staff, I’ve worked under two different sets of backroom staff, and I have to give my thanks to all of them, because you learn so much from each of them. Today I am so grateful for being part of this five-star club. We have gone through different phases, but it has all been positive. I’ve had the opportunity to win two Premier Leagues, to win the Carabao Cup, the FA Cup and the Community Shield. If you win titles, it’s because you’re doing things well. I’m happy to have enjoyed these moments and I am more than grateful. Of course some of the favourite memories will always be the titles won, they are so important. But my favourite memory will be with the people who work here. Since I arrived with my family, they were always there for us and that is so important. From Txiki, who was here to welcome me to the club, and Ferran, that is all priceless. What the club does for the players so that we don’t need anything, so our families are comfortable, so our children are happy at school – it takes a weight off the shoulders of the players, and those things are the most important for me. I want to show my gratitude, Since my arrival they have always treated me well, from the people who bump into me in a service station or in a supermarket, they have always been so kind, saying nice things to me. I hope they are happy, I gave everything I could to the Club, and I hope the success keeps coming. I send all my love to the fans.”