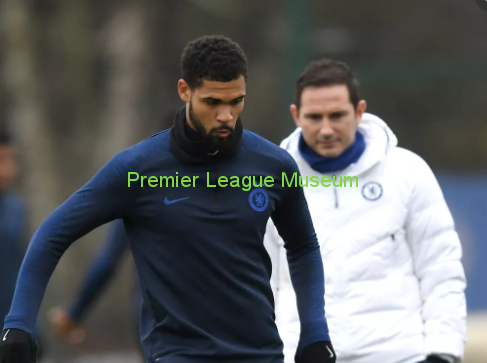 Frank Lampard has confirmed Ruben Loftus-Cheek could leave Chelsea on a loan deal before the transfer window shuts next week. The 24-year-old missed the majority of the 2019/20 campaign due to a ruptured Achilles’ tendon, playing a handful of games towards the end of the season. The England international started the opening match of the current campaign at Brighton, however, has failed to make the 18-man squad for the last two Premier League matches. With the signings of Hakim Ziyech, Timo Werner and Kai Havertz, plus the form of Mason Mount and Callum Hudson-Odoi showing more promise, Loftus-Cheek might struggle for time. And Lampard has stated that Loftus-Cheek could be loaned out so that he can get more playing time.

Frank Lampard said “I’m very open with Ruben, We’ve had a couple of conversations in the last week. He’s fit as a fiddle so he can play week in week out. He needs to play. He’s done a lot of work now. He would have been playing earlier if it wasn’t for lockdown and restart. There’s a possibility that Ruben may go out to play games because I think that would be great for him. We hold him in very high regard here. I certainly do and that could be a good option for him. If that’s not the right option he’ll be competitive in this squad as well because of the quality that he has and hopefully be a big plus for us. I’m relaxed about it but I want to find the best path for Ruben and I want to find the best path for us. At the minute we’ll see with the week we have ahead of us. Without a doubt. He’s had a difficult time, The injury was a bad one. He hasn’t played as many minutes for this club as he would have liked to have done for different reasons. But just before his injury he was playing really well and contributing. I was always looking forward to him getting back fit and working with him. We’ll make that decision on what’s best for him and us. He wants to play and the reality is I have a lot of competition in those areas when I look at the squad. Ruben is versatile. He can play different roles in the midfield and sometimes off the side, so I was really looking forward to working with him because I know what he can do. He gives us something slightly different in terms of his physicality and how he plays and how he receives the ball. But there is also a priority for everyone that Ruben plays games. That’s the delicate balance of what we’re trying to get right in the next week. We’ll do what feels right.”