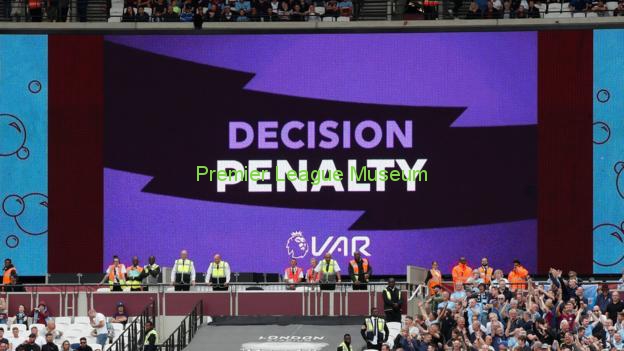 Crystal Palace owner Steve Parish has urged football’s rulemakers to change the handball laws following another controversial penalty in the Premier League. After long deliberations, Newcastle were awarded a spot-kick, which they scored to secure a 1-1 draw. Steve Parish subsequently took to Twitter to hit out at another penalty being awarded in the Premier League for handball.

Steve Parish said: “That’s just as ridiculous as the one yesterday – this can’t be the proper interpretation of handball. If it is, FIFA and IFAB must change it.”

The Eagles were punished with a penalty in Saturday’s 2-1 defeat to Everton after Joel Ward was adjudged to have handled the ball by VAR. It prompted Roy Hodgson to argue that the handball rule was ruining football – something that was echoed by Jamie Carragher during Sky’s coverage of Tottenham Hotspur against Newcastle United on Sunday. Spurs conceded a late penalty when Andy Carroll’s header hit the arm of Eric Dier.

Steve Parish was not the only one from Palace to speak out about the incident, with former Tottenham and Newcastle winger Andros Townsend also taking to social media to give his verdict on the penalty decision. Sky Sports pundit Carragher has also called on the handball rule to be changed.

Jamie Carragher said: “Newcastle fans will be absolutely ecstatic, I can understand that. But everyone else in this country will say exactly what I’m saying and thinking. Eric Dier is jumping for the ball, he has absolutely no idea where his arms are gonna be, it’s half a yard away from him, and hits him on the arm. He has no idea what’s going on. This is a joke, whether it’s the Premier League, the FA, FIFA, Collina, whoever is involved in this, stop it – you’re ruining football for everybody. Absolute joke.”