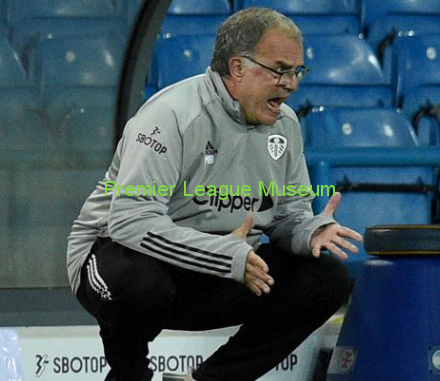 Chris Wilder is expecting a thrilling Yorkshire derby on Sunday as both sides go on the attack. The Blades boss was previewing the game at this morning’s pre-match press conference, where he revealed games against Marcelo Bielsa’s men are always matches he looks forward to as a Sheffield United fan. There is a huge rivalry between the two clubs and both Wilder and Bielsa have been involved in incredibly tight matches in recent seasons. Chris Wilder said he is expecting a similar encounter this time round.

Return of a Premier League Yorkshire derby, shame no fans there to watch it?

Chris Wilder said “Yeah, definitely. We have had some fabulous games with Leeds over the years. Big rivalry between both clubs, used to nick our best players in the day, from Mick Jones to TC to other players along the way. Huge football club, went toe to toe with them in the Championship and they are a brilliant addition to the Premier League. Not being a packed house is a disappointing aspect for what’s happening in this country but great for both teams to be battling it out on Sunday.”

Two attacking teams, are we going to see both sides going at it?

Chris Wilder said “We haven’t changed our philosophy since coming back into the Premier League and Leeds haven’t and won’t. There’s your answer, we are after our first points and Leeds are after adding to their first three points against Fulham. Early days, obviously we are disappointed with the points tally so far, but it is early days and plenty of football to be played. These are challenges that we have to come through. I have always said it’s easy when the sun is shining but this is the test of players, managers, coaches when things are not going as well as you want them to. No good moaning about it.”

Does Ethan Ampadu come in for John Egan?

Chris Wilder said “Ethan comes into the picture, Phil Jagielka comes into the picture, a change of shape might come into the picture. Obviously, when someone is missing it opens it up for someone else. Ethan is going to play a big part in our season and Phil Jagielka it’s his natural position. There’s decisions to be made. The performance levels against Wolves were OK, against Villa for 80 minutes is a difficult one to judge. I can’t talk about the shape, three centre halves, a sitting midfield player and a 10 and a nine when we were down to 10 men after 12 minutes. The attitude of the players is good, the discipline of the team was great, Villa didn’t break us down and Aaron hasn’t had a save to make, really, but there are certain things you get punished for in the Premier League and we need to tighten up on a few things. But, definitely, when John’s out, it opens it up.”

Isn’t it about time Sheffield United locked horns with Leeds at the top level?

Chris Wilder said “It’s always interesting to play Leeds United at the top level. They are a huge club and always looking from my club, but you can’t get away from the fact that Leeds are a huge club in English football and what they have achieved in the past. It’s great for them to be back in the Premier League. They will no doubt think they should be there and at the top end and I can imagine the majority of intelligent football people will echo those thoughts. But it sometimes doesn’t work that way. They have been out of the division for a long time through reasons, as we were out of the Championship and into League One, for certain reasons. It’s about how you adjust to that and deal with that and they are on the front foot, they have got momentum and it’s going to be an interesting game on Sunday. Obviously, just disappointing there is not a full house to witness it. But, certainly, Leeds United back in the Premier League is news and rightly so.”

Are you expecting a high-scoring game this Sunday

Chris Wilder said “I am expecting a competitive game. It will be interesting tactically with some good technical players on show. A lot of energy in both teams. Two teams that are not going to change. I am not going to change and Leeds won’t. Both teams going for a win and it sets it up for that type of game. Off the back of them scoring they concede, we would like to change our record as it’s something we are disappointed with, we are certainly not a million miles away. Some of the things we can’t control, but others we have to be a lot tighter with. We are going to have to show all of our qualities to do that.”

Chris Wilder said “I think he speaks better English than what he makes out. I don’t speak great English, but I don’t try to tell everybody I do. You look at his record and what he has done in world football. He is a character and he improves players and he plays his football in a way he wants to see football played. He is an outstanding figure in European and world football. Managed some huge clubs in Europe and two national sides and now a huge club in English football. We went toe to toe with them in the two games that we had. I believe we were the better side when we lost at Bramall Lane and he will have said the same thing at Elland Road. Two tight games and I am not expecting anything different on Sunday. Had a tremendous battle with them and Norwich City and it went all the way. We had to do a lot of things right in the run-up and pip an outstanding team to that second position. I am not surprised about the reaction of the players and the manager once he committed to having another season. They were always going to be favourites to go up and they comfortably won the division. I am sure from here on in they will grow and grow and grow.”

The Blades are yet to pick up a point after losing both their opening matches and Wilder is hoping victory in the Yorkshire derby could be the perfect opportunity to kickstart their season. He has a decision to make over team selection with John Egan suspended for the trip, while Lys Mousset is also out injured.