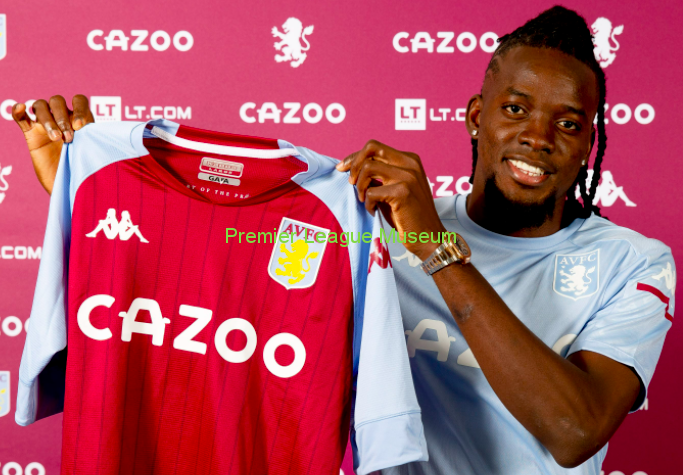 John Terry lauded Aston Villa’s classy debutant Bertrand Traore after a star showing in 3-0 league cup win over Bristol City. The £19 million signing lit up Ashton Gate with a fine solo strike just 14 minutes in, side-footing home on 14 minutes It was a debut to remember as the Burkinabe oozed quality throughout prior to being replaced by Trezeguet with 20 minutes to go.

John Terry said “He has everything! Bertrand’s come in tonight and put in a good performance for someone who hasn’t played a lot – to come in and get the goal tops it off. He was excellent. I wouldn’t say I pushed (for the transfer), I know my role at the football club. I advise and we want bigger and better players in the building. I’ve had previous with him and I gave a good character reference as well. He was someone at Chelsea who was very hungry. He had the desire to prove himself at the top and he went away and he’s got that opportunity now at Aston Villa. Personally and professionally we’re delighted to have him. He’s proven himself at Chelsea, making an immediate impact at such a young age when he came in. He has everything: the pace, strength and the willingness to go and prove himself at the very top. He has that quality, pace to run in behind. He can isolate people in one-on-one situations. We have that over on the other side with Jack. He can produce that that can free Jack up as well, especially when we get that switch of play through quickly during games. He’s got that potential to beat players, score amazing goals and, hopefully, we’ll see a bit more of that. I said to him in the dressing room (his goal) was a cross but I’m going to give him the benefit of the doubt!”It’s important for him to get off to a great start. You see Emi (Martinez) at the weekend, he saved a penalty.”

John Terry, admitted he played a key role in Traore’s transfer to Villa after spending four years alongside him at Chelsea between 2013-2017.