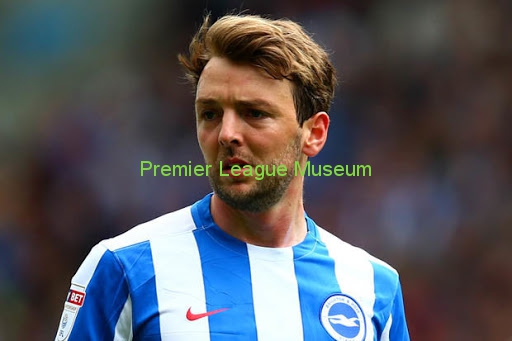 Dale Stephens was delighted to be back in Lancashire and planned to help Burnley finish in the right half of the Premier League again this season. The 31-year-old, a long-standing target of boss Sean Dyche, joined from Brighton for a fee understood to be £1million, potentially rising to £2.5m.

Dale Stephens  said “I’m very happy. It’s probably taken a few more years than expected but I’m happy to get it over the line this week and finally become a Burnley player. I’ve been away from the North West for a while. It’s nice to come back to where the family resides as well. But most importantly I’m coming back to a Premier League football club that’s done well in recent years in this league and I’m excited for that challenge. I have played against this squad and this team a lot in recent years, so I know the strengths of the club and that’s what’s excited me, to come in and buy into the gaffer’s ideas and the way he works, which is a good pull for me. The club finished 10th last year, which is not easy to do. It won’t be easy to get higher than that in the league, but it’s got to be an aim. If you’re not improving, you’re going backwards. I’m sure the club as a whole wants to become better and that’s something I want to be part of. What I will say, is that I’m probably a better player now than when Burnley tried to sign me initially, with the experience I’ve had over the last three years,” he said. I’ve probably learned a lot playing in this division for the last few years. Individually, I want to play as many games as I can at as a high a level as possible and, collectively, help us improve as a team and finish as high as we can in the Premier League.”

Dale Stephens was  subject of several bids from the Clarets four years ago. Stephens ultimately stuck with Brighton and helped them into the top flight and the Bolton-born player arrives back in the North West with 99 Premier League appearances to his name. He therefore knows exactly what Dyche and Burnley are all about. Stephens is Burnley’s second summer signing after the arrival of Wolves goalkeeper Will Norris.