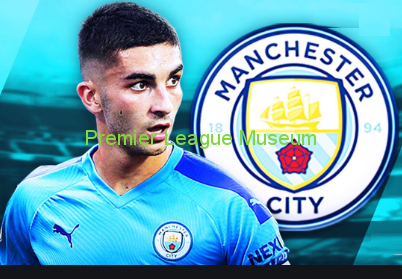 Ferran Torres is not interested in a season of adaptation as he prepares to make his Manchester City debut at Wolves. But at 20-years-old, he could be forgiven for taking time to adapt to his new surroundings at City and in the Premier League before making any ambitious goal targets. Ferran Torres has revealed how he is already looking to hit the ground running with his new club.

Ferran Torres said “Of course, I know English football is very different to football in Spain because it’s more physical, but that’s a style of play that is more suited to me. I believe I am going to adapt quickly.  Pep Guardiola is a manager who knows how to get the best out of every player,” Torres explained, recalling a conversation with his new manager. I am young and I think I have a lot of room to improve, so I thought he was the right man to help me do that. He wants me to play my game and get numbers, in terms of goals and assists. My objective is just to do as well as I can, to play as many games, score as many goals and provide as many assists as possible, and of course help the team win trophies. I believe I am ready for everything.”

Torres, a summer signing from Valencia, comes highly rated and having just made his senior international debut for Spain.