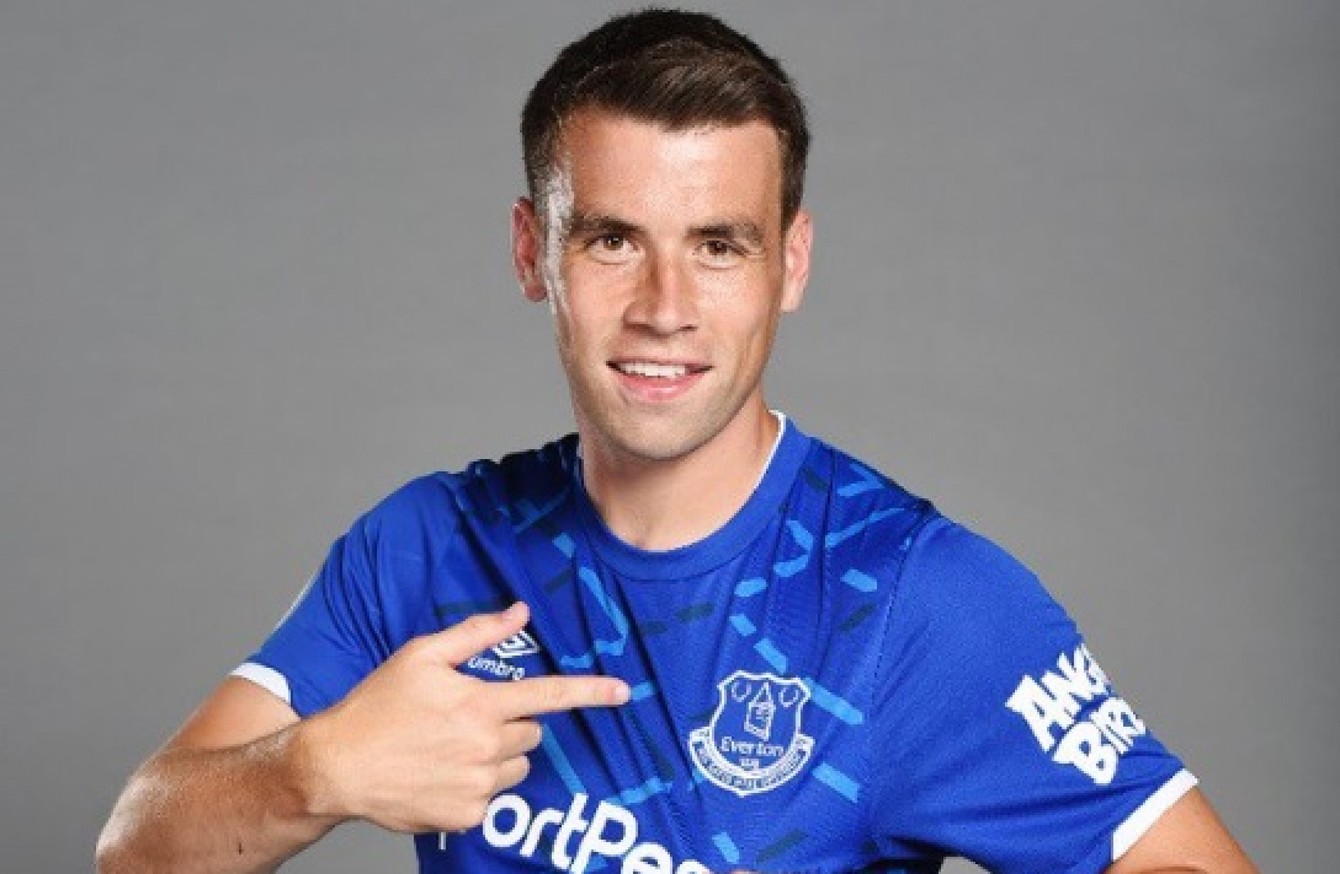 Seamus Coleman will make sure the Everton players don’t have their “heads in the sky” after extending their 100% start to the season. The weekend’s 5-2 win over West Bromwich Albion made it three wins from three in all competitions this term.  Saturday’s victory over the newly-promoted Baggies sent the Blues top of the table for the first time since 2007. The Everton captain is excited about the potential of the squad but says he will ensure expectations are managed.

Seamus Coleman  said “The squad is fantastic. As far as I’m concerned we have had great quality in the past as well but there has just been that something missing. For me, I don’t think we can look at the bigger picture too early. As I said to the lads at the start of the season we need to be the best we can be on a daily basis, come in and work hard every day then the bigger picture looks after itself. Then we can only look from game to game and at the minute, it has been good. We go back into work [today] and we need to make sure our heads are not in the sky, we are ready to work again, fight in training for the week and then get ready for the game. There definitely was a sense of calm, these top players bring that. James will have been there and done that at such a high level so as you’ve seen he is quite calm picking out these passes in the final third and he’s not forcing it. These boys have brought great quality and new faces, the competition for places is very high which in turn means the standards in training sessions are very high. Look, we are two games in and we have got two wins which is what we would have wanted and we have a little bit of work to do from the game but we are ready to go again and looking forward to it.”

Coleman delivered a withering assessment of Everton’s performance in the defeat to Wolves in July, saying he wanted to “make sure” his team-mates understood the expectations of playing for the club. But, the 31-year-old says that since the players have returned, the standards have risen.

Seamus Coleman  said “Ah listen, without going into too much detail of what we do behind the scenes, we are all aware that our standards dropped last season. Here’s ways of losing games but I thought the fight wasn’t there in some of the games, and I wanted to make sure the lads understand what it means to play for the football club and we have a top class manager who won’t accept anything less. As I said, since we came back the standard and work rate in training has been fantastic and it is important we keep that on a daily basis. It is so important that if we do hit a bit of a poor spell for a couple of games that our attitude doesn’t change and that is what we are looking to do. I’m delighted to start 250 times for the club, over 300 appearances. It’s something that when I came over as a kid I couldn’t have imagined, I just wanted to get in the team and do well. It’s a great milestone for myself. On the manager’s comments, I believe everything that comes out of that man’s mouth! I don’t want to doubt him but it might be difficult. I’m enjoying it, I feel good, my speeds that I’ve always reached, so all that is still there and I’m looking forward to seeing how the season goes.”

In the build-up to Saturday’s game, Carlo Ancelotti said Coleman could keep playing until he was 40. Coleman isn’t quite as optimistic as his manager.