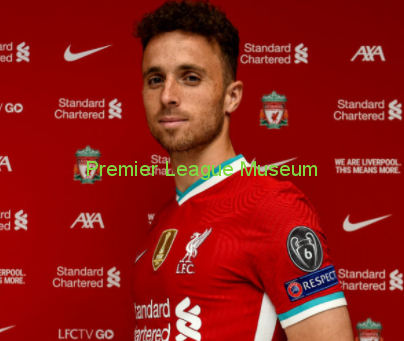 Jurgen Klopp has reacted to Liverpool’s £45 million moves for Diogo Jota. The Portugal international left Wolverhampton Wanderers after three seasons at Molineux and has linked up with the 2019-20 Premier League champions. Klopp has revealed why he opted to move for Jota, who has become the Anfield club’s second signing in as many days following the arrival of Thiago Alcantara from Bayern Munich yesterday.

Jurgen Klopp said “Oh my god, plenty of reasons! He’s a player who gives us so many options to use him. He’s 23 years old, still far away from being kind of a finished article, so much potential. He has the speed, he can combine, can defend, can press. It makes it just more unpredictable and gives us real options for different systems because he can play pretty much all three positions up front in a 4-3-3, if we play with four midfielders he can play both wings. So, these kinds of things. It’s just nice. And he has some natural things which we have in our game, like this desire and the greed and the direction. He is part of this unbelievable Portuguese generation in the moment, where they have really a lot of obviously quite skilled players. We saw the Portuguese team last time, it’s quite impressive. So, I’m really happy to have him here. And on top of that, a really good guy and really happy to be here.”