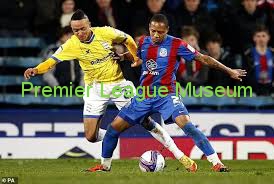 Crystal Palace manager Roy Hodgson has explained that Nathan Ferguson’s comeback from injury will heavily influence any decision to offer Nathaniel Clyne a contract at Selhurst Park.The former Eagles star is back training with the club after seeing his Liverpool contract expire this summer, and his currently looking for a new team. Hodgson stated that Clyne has been offered the chance to train with Palace in a bid to prove his fitness to either himself or another team should an offer come in.

Roy Hodgson said “When it comes to Nathaniel, what I was told was that he wanted to get back in training, put his nightmare years behind him with first the back injury and then the ACL. It was an ideal opportunity to suggest to him: ‘Why don’t you come here, spend some time with us and see how things are going? Because who knows, we don’t know what’s going to happen with Nathan, and it might be that there will be an opportunity for us to work with Nathaniel soon. I’m not in a position at this moment in time to say: ‘Right, if you get through a week or two, there’s a contract on the table for you. We’ve got to see first of all how things pan out with Nathan, and we’ve also got to see of course how things pan out with Nathaniel, because my memory of Nathaniel playing for England was very, very positive. He’s a really, really good player. The memory of Nathaniel Clyne at Crystal Palace Football Club is a glorious one, people rave about him and the work he did here. But of course, we’ve got to understand, that is a few years ago and we don’t know what the current Nathaniel Clyne is like. We’ve got to be careful to make certain that we don’t rush him back before he’s ready, that’s the bottom line when it comes to Nathan,” he added. We need to be in a situation where we don’t feel ourselves that he’s got to be thrown back into the fray of training and matches if his knee isn’t in a position to cope with that. He’s making excellent progress, the news from the last couple of days is a little bit more positive in that respect, so we’re rather hoping that that will continue.”

Hodgson noted that Ferguson’s injury is a delicate issue that needs to be handled correctly, and though there has been progress they cannot afford to bring him into the team prematurely. The manager stated that a contract offer for Clyne from Palace would be dependent on a number of factors, not least of which is when Ferguson makes a comeback from the knee injury which has kept him out since the early stages of 2020.