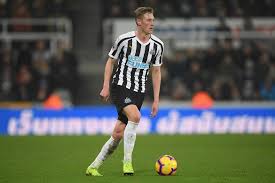 Sean Longstaff is hoping to force his way into Newcastle United’s XI and says he’s in good shape after recovering from injury. The midfielder suffered a hamstring injury against Bournemouth which ruled him out for the remaining games of the season but having recovered says he is feeling ‘fitter and stronger.’ Longstaff is ready to show what he can do and make the most of an opportunity which comes his way.

Sean Longstaff said “I feel much better now to be honest, If you look at me now compared to this time last year – there’s a massive difference. I feel much fitter, stronger and I think you could probably see that towards the end of last year. The first half of the season wasn’t great for me but the second half I was a lot better. Last year I got injured a lot and it was just a very stop/start campaign that killed me really. So this year I’m just trying to fit and whenever that is an opportunity that comes my way give the manager some food for thought with the performances I put in.”