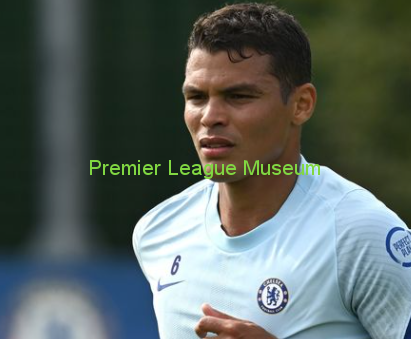 Thiago Silva is in line to make his Chelsea debut against Liverpool this weekend. The Brazilian wasn’t fit to be part of the squad for their first match against Brighton but now should at least make it to the bench against the reigning champions. But Manchester United legend has doubts about whether the veteran centre back can deal with the speed and intensity of playing in the premier league.

Gary Neville said “It’s an unknown. 35, 36 next week, played in the French league now for the last few years, The intensity of the French league is nothing like our league – that’s not to say Paris Saint-Germain haven’t got world-class players, they’ve just got to a Champions League final. But you think of the Premier League, particularly the intensity of this Premier League season, when you think of the fact that it’s a season that’s compact, it’s going to be a massive challenge for him to deal with the intensity, the amount of games, the speed of the football compared to what he’s been used to. It’s gonna be a step-up, in that respect. Can he play in individual matches? Of course he can, he’s a world-class player. But at this stage in his career, it’s an element of when you say, ‘Can Chelsea win the league?’, it’s just a complete unknown if he can improve that defence. What’s the goalkeeper gonna be like? What are the young forwards gonna be like? But I’m intrigued to know how this world-class defender who has played for many years with Brazil, and has been a wonderful player for PSG, how is he going to do in our league?”