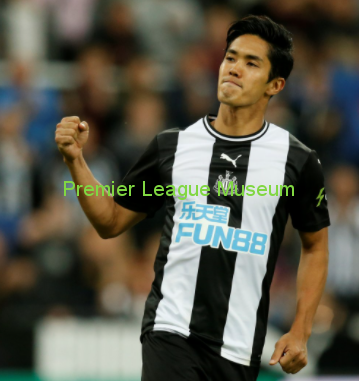 Newcastle United striker Yoshinori Muto has completed a loan switch to La Liga outfit Eibar. Steve Bruce says that is for the best that Yoshinori Muto has left the club on loan for the rest of the season. The Japan international has completed a deal to Eibar with the striker set to feature in La Liga next season after two tough years on Tyneside. The £9.5million signing from Mainz 05 has failed to break into Bruce’s plans during pre-season despite a shortage of strikers at one stage.

Steve Bruce said “I believe Muto has travelled to Spain with a view to a loan deal, so we hope that he can go and complete that and go and get some football. He hasn’t really played a lot and with the additions we have brought in this year, we think it’s best for him to go and play somewhere where he’s going to enjoy his football.”