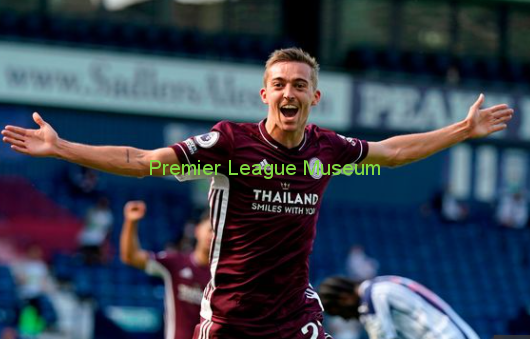 Timothy Castagne’s debut goal was anything but a coincidence with the new Leicester City signing given the backing of Brendan Rodgers to regularly pop up in goalscoring positions. Castagne headed in the opener on Sunday as City started their Premier League campaign with a 3-0 win. And from Castagne’s comments after the match, it seems left-back James Justin was told not to advance so often to ensure there was enough defensive cover to allow Castagne to join the attack at every opportunity.

Timothy Castagne said “The coach changed his tactics a bit so that I could have more offensive moments than the left-back, He knows that I run a lot and that I propel myself forward. He makes sure that I can do it as much as possible, even in a four-man defence. I liked the style of play, the pressing that the club puts on,” Castagne said of City. “It reminds me a bit of Atalanta. And then it’s the league that I’ve dreamed of since I was little. The coach also played a big role. He has been following me for a long time and he gave me a very good impression when I spoke to him before making my choice. It was important for me to have a coach who talks a lot, a bit like Roberto Martinez in the national team. In technical and tactical terms, Gasperini is absolutely one of the best, but we didn’t really get along that well as people. He has his way of doing things and rarely explains his decisions when leaving players out. It made me stronger mentally. I needed to play regularly, in the same role, as at times I was on the right, others the left, then the bench, I couldn’t speak ill of anyone at Atalanta, I just felt the need to have some consistency.”