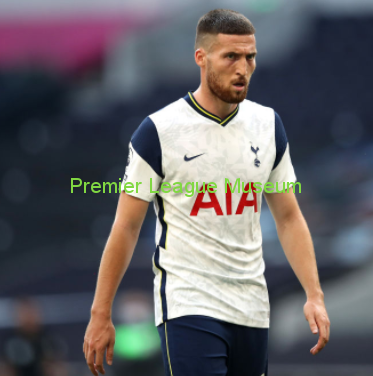 Jose Mourinho put Matt Doherty’s ‘not normal’ Tottenham debut down to his lack of a break in pre-season. Doherty, 28, left Wolverhampton Wanderers to join Spurs in a £14.7million deal in August after a decade at Molineux. The Republic of Ireland international made his first appearance in Spurs colours as Mourinho’s side slipped to a 1-0 defeat against Everton on Sunday. And Mourinho blamed lack of pre-season training for the performance that his side gave, in particular, the right-back from Wolves.

Jose Mourinho said “The players who didn’t have pre-season, we don’t have now the possibility to give them a pre-season but we have a lot of matches now to play consecutively and we have to use these matches, not just to win them and the knockout ones are obviously decisive ones with everything decided in 120 minutes or even penalties, and try to use this to improve the form of some players because some of them were really in trouble. You can look to Doherty, a player who is normally in incredible condition. He didn’t have pre-season. He went direct from holidays to national team matches. No pre-season at all. Direct and not one single training session, direct from holidays to national team and he played two consecutive matches and today he was not Matt Doherty like he normally is. So these are the things that we knew could happen to us. I think the struggle was in the way we press, or the way we didn’t press. Our pressure was very poor. It was a lazy pressure. Lazy pressure. Up front. That is what I’m saying. That creates imbalance. I could also feel some of my players were unfit.”