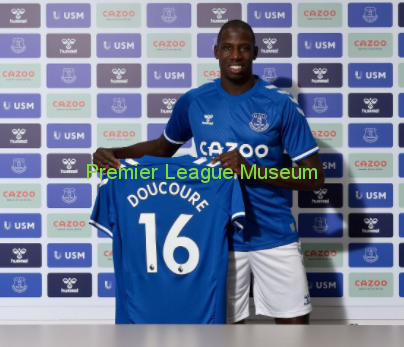 Everton has confirmed another senior signing with Abdoulaye Doucoure joining from Watford for an undisclosed fee. The French midfielder has signed a three-year deal, with an option of a fourth season, and has taken the number 16 shirt most recently worn by James McCarthy. Everton announced the move on social media with the hashtag #BienvenueDoucoure, and the former France Under-21 international follows Allan and James Rodriguez in moving to Goodison Park for a substantial fee, reportedly in the region of £20m.

Abdoulaye Doucoure said “I feel at the top of my career at the moment. Mentally, physically, I feel at my best, Everton has a big history in English football, When I heard the names of Allan and James joining Everton it was even more exciting to come. I did everything in my power to come here as soon as possible.”