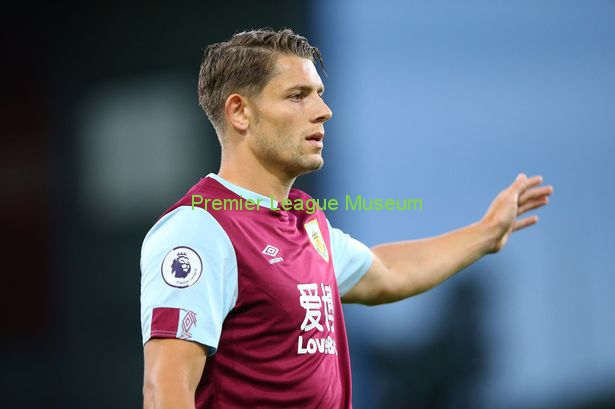 James Tarkowski has declared he “wants to play at the top level” amid interest from multiple clubs in the premier league. he Burnley centre-back has addressed his future in a new interview and said playing in the Champions League and at international tournaments is his aim.

James Tarkowski said “For me, with the age I am coming into my prime years and wanting to progress, I want to go for the top level, I want to play at the best level I can, club football and internationally. I want to test myself against the best. We will see what happens. I just want to play at the top level and if that opportunity came I don’t think it is something I could turn down. Champions League and playing for your country, playing in big tournaments, is playing at the top level, so that’s what I would want to do if the opportunities came. I do feel a little bit like I’ve been forgotten about, And that’s nothing against the lads who have been in front of me because they’ve probably had all really good seasons themselves. I just felt I had a really good season and the statistics looked in my favour. I was in the team that kept the second-most clean sheets, so defensively I was right up there. I expected to be closer than I was. Other squads, I had accepted I probably wouldn’t be involved because it was the same squad, but after the break and who was missing, maybe I just expected to be in a bit more than previously. This one was more disappointing than others. [To suggest other players are better on the ball] is a lazy opinion in my view. I played a style of football at one team at Brentford which is maybe the complete opposite of what I’m playing now at Burnley, so I feel I’ve got a few strings to my bow. I think any professional footballer can play a ball to his left-back, get it back and play it back to his keeper. The question is can he play under pressure? Which I believe I can and I proved it at Brentford. We don’t play as much like that at Burnley, but it doesn’t mean I can’t go into a team that plays expansive football. I’ve thought about it myself when I’ve not made it. ‘What can I do to catch their eye?’ I wish I knew the answer, to be honest. Right now, the England team is away and it’s not the right time to try to speak to anybody. But maybe in the future, to try to get some feedback and see where they think I need to improve. My goal will still be to be involved in that tournament (the Euros) even though I have not been picked this time. I haven’t given up on that.”