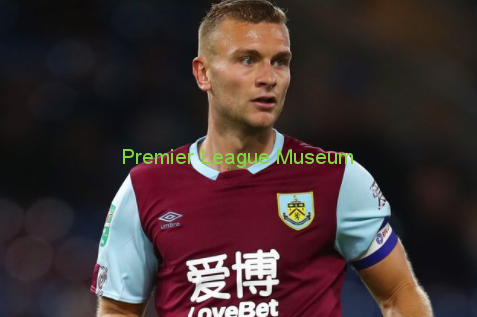 Former Burnley player Ben Gibson insisted he had endured a “tough” two years after completing his loan move to Norwich. The 27-year-old has not been part of the Clarets squad since January, training with hometown club Middlesbrough after frustrations about his lack of playing time and lack of a move away came to a head. There were big hopes for Gibson on his arrival for a joint club record £15million back in August 2018 but he made just six appearances for the club.

Ben Gibson said “It’s been a really, really tough two years, I won’t hide from that, I’m someone that wears my heart on my sleeve and not someone who sits comfortable and is happy to sit on the bench. I want to play football, that’s why I got involved in the game. That’s what we all dreamed of doing when we were young. I had that opportunity and I felt I was quite successful, but I feel that got taken away from me, as such. But when you’ve had that and had a taste of how good it can feel and it gets taken away from you, it makes you even more hungry to get it back. Norwich are getting a very motivated player with plenty of desire and I just can’t wait to get to work and help this football club.”

#PremierLeagueStories – Manchester City Right Back #KyleWalker hints at International Retirement but happy for #PhilFoden for his three lions debut #MCFC
#PremierLeagueStories – #JurgenKlopp wary of “Ready” Leeds United and warns his players to be fully focused ahead of season opener #LFC #LUFC
%d bloggers like this: