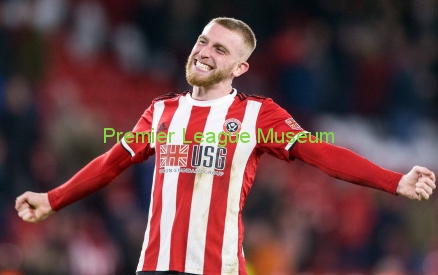 Oli McBurnie has spoken for the first time about the decision to play for Sheffield United following his withdrawal from the Scotland squad and says he did not want to ‘let himself or his country down’. The Blades striker was selected by Steve Clarke for the upcoming Nations League matches against Israel and the Czech Republic but pulled out of the squad at the beginning of the week. His appearance at half-time of United’s friendly against Derby at Pride Park led to a backlash from angry Scottish fans unhappy at the fact he was playing when he was deemed not fit to play for his country. McBurnie took to social media to clear the air over his injury situation.

Oli McBurnie said “Nobody is more frustrated than me at having to withdraw from the Scotland squad for this double-header. I know both my club and international managers have explained the situation but I feel it is important that I do, too. The reality is I haven’t been able to train at all for the last two weeks due to a cut in my foot that became infected. Given that pre-season coincides with the Nations League matches as a result of the COVID-19 impact on football, the last thing I wanted to do was to let myself or my country down. I was ready and willing to give it my best but both managers – probably rightly – took the decision out of my hands. Playing a bit longer than I expected in a friendly is a different world to an international double-header, but I get how some people perceive it. I will be supporting my team-mates from home and putting in the work to get fit for October. Stay safe and see you soon.”