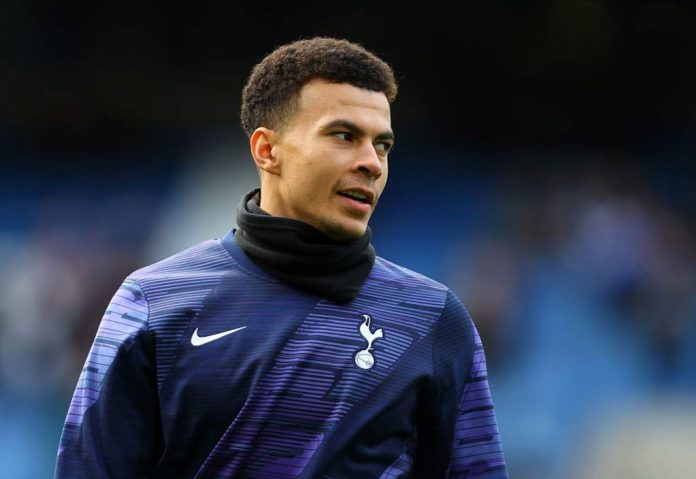 Dele Alli has delivered his response to the criticism Jose Mourinho dished out to him in his first few days as Tottenham Hotspur manager. One conversation shown is the Portuguese’s first one-to-one meeting with Alli, having called the midfielder lazy in training, again in a team meeting and also in a conversation with chairman Daniel Levy.

Dele Alli said, “I am going to be a pain in the ass for you, and you are lucky because when I am a pain in the ass it means I like you”. What I want to tell you is this, I think you feel that I like you. I like you as a player and I like you as a kid, I think you are a nice kid,” he then said in his office. I don’t want to be your father because you have your father, I don’t want to be your uncle or brother, I just want to be your coach but with a good connection. So I have to tell you always what I think. Inside of you maybe you tell me to **** off but I have to tell you what I think. For me, since the beginning I have no doubts about your potential. I saw you do incredible matches and things, but I always felt that you had ups and downs. There is a huge difference between a player that keeps consistency and a player that has moments, and that is what makes the difference between a top, top player and a player that has potential. It is not something you have to share with me, I think it is something for you to analyse yourself and why your career, is OK: MK Dons, Tottenham, national team, bang’ and then when you reach the top (moves his hand in an up and down movement). Why you have in your career these ups and downs, I don’t know.”

Dele Alli said, “I don’t know if it is to do with your lifestyle, in one period you are an amazing professional and in another period you become a party boy. I don’t know, I have no idea, only you can know that. I am 56 now and yesterday, I was 20. Time flies. Time flies. I think one day I think you will regret if you don’t reach what you can reach. I am not expecting you to be the man of the match every game, I am not expecting you to score goals every game, I am just telling you that you will regret. You should demand more from you, not me demanding more from you. Not me, nobody. You, I think you should demand more from you. Of course when someone like Mourinho speaks to you, you listen every time, It was one of those moments, our first real conversation, where it was just us two in the office. “At the time you don’t think about cameras even though they are there. It was the first discussion we had. As a player, I say young but I am not that young any more. In that situation when such a big manager comes in, the situation we were in, of course you’re waiting for the first conversation. Everyone was waiting to realise and try to get a little taste of what he thinks of you, what he has experienced from another club looking in and seeing you play. Yes it was a real conversation. It means a lot to players when you have that conversation and it is so honest. It is not just them saying what you want to hear. Sometimes it can be difficult to take, but you realise that it’s not a negative conversation. Like he said in some of the clips he’s saying it to help and I know that, I am not silly. It is something that stays with you. Watching it back I obviously remember it a lot more. By now I still remember the whole conversation. It comes from a good place. It gives you something to work towards and open your eyes a little bit.”