#PremierLeagueStories – Liverpool Confirms the Signing of #KostasTsimikas from Olympiacos for £11.75 million #LFC 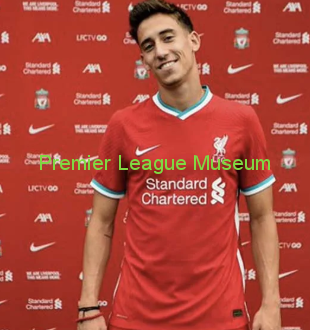 Liverpool has announced the signing of left-back Kostas Tsimikas from Olympiacos in a deal worth £11.75 million. The left-back is believed to be a backup option for Andy Robertson and was recently in news for his impressive performance against Wolves in the Europa League round of 16. The Greek said he was delighted to join the “biggest club in the world” and why he likes the Premier League.

Kostas Tsimikas said “I’m very happy, I’m very proud to be here. For me, [it’s] the biggest club in the world. It’s an honour to be here and I will give my best, The league here, I like a lot. I watch it on the TV and it was always one dream I had from when I was a kid to come to play in this league and to come through. With a lot of work and focus on what I do and what the coach wants, and every day working hard in training, I can be on the highest level. [I want] to achieve [our] goals. To win the league again and also to win the Champions League.”