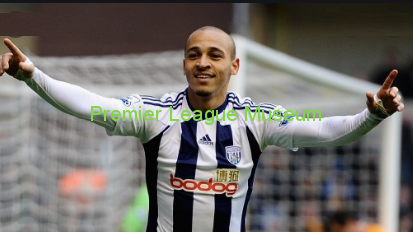 Former West Bromwich Albion striker, Peter Odemwingie envisages a different kind of West Brom approach to the Premier League since their last stint. Albion are looking forward to the new campaign in September following promotion from the Championship, after a two-year exile out of the top flight. And he is delighted the Baggies have found their way back from the second tier.

Peter Odemwingie said “It will be a test because Premier League defenders are cleverer, more faster, more stronger, There is more at stake for them in staying up, there is a different pressure for them to deal with. West Brom is a team that was known as the up-and-down team, but there was a good run from 2010-2018. Of course it’s great they reached the Premier League, we want to be in the best league in the country. We’re celebrating, obviously.”