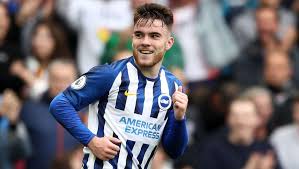 Aaron Connolly wants to show how much he appreciates the faith shown in him by Graham Potter by being one of his key players next season. The Irishman was given his Premier League chance last season and scored three times in 24 appearances. The 20-year-old was rewarded with a new four-year contract last week.

Aaron Connolly said “The gaffer trusts me – he said ‘I don’t expect you to come in and score 15 or 20 goals’. He has been really good with me. Without the faith I don’t think I would be as confident. I wouldn’t have got the goal against Burnley [in the final game of the season]. He has taught me a lot this season and it’s about paying him back with goals and performances next year. It shows the kind of player (Adam Lallana) we can attract and convince that Brighton is the best place to play. Adam Lallana is a big, big player – he’s just won the league, he’s been involved in Champions League winning squads. I’m sure he will help the young players like myself, Steven [Alzate] and Tariq [Lamptey] a lot. But he will be able to help the whole team because of his experience and quality, we know what he can produce. The initial target will be staying in the league, but with the players we have got and are bringing in I don’t think a top half or top 12 finish is out of the question – we’re definitely good enough and we have got a manager and coaching staff good enough to help us achieve that. Success for me personally would be putting in performances and scoring goals. I have got a target but I am not going to say what it is! I am really looking forward to getting going next season. It’s fantastic the club have given me this kind of security because it means I can push on now for the next four years. It will help me relax and enjoy my football even more. This season has been unbelievable at times and obviously the Tottenham game when I scored twice was a big moment for me. But then I had the dip where I didn’t get the goals which was tough to take. But to get one against Burnley on the final day of the season and to go into the break knowing I have scored another goal since Spurs was a great feeling. I am just looking forward improving even more next season.”