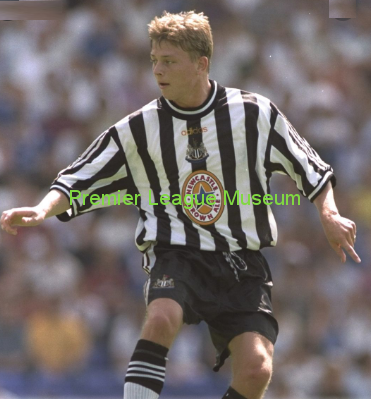 Dahl Tomasson had a really impressive career in which he scored 234 goals in six different countries and won Champions League, UEFA cup and the Serie A. But it is often forgotten that Denmark’s joint top scorer also played a season at Newcastle United and he recently reflected on a year that did not quite work out for him. Tomasson was just 20 when he swapped Heerenveen for Newcastle and the Magpies had secured one of Europe’s brightest prospects, a man Peter Beardsley once referred to as a ‘frightening talent’.

Dahl Tomssaon said “I was very happy and I am still very happy with the move, It was a good experience but I was a bit unlucky playing out of position after Shearer got injured in the last pre-season game. I had to play some of the games as a striker and, at that moment, I couldn’t do that. I was not able to play as a striker at that time. In the years after, I learnt to play as a striker as well as playing behind a striker but, at the time, I was not ready to play there alone. Otherwise, things would have turned out differently but it was a great challenge, a huge club and a lovely area. There were a lot of different opportunities but I wanted to play for Newcastle and I wanted to play for Kenny Dalglish as well. Kenny was a gentleman and had a lot of football knowledge – real top-class football knowledge – and was a very honest man. The lads were excellent. There were a lot of good boys, a lot of experienced players as well. It was a great club, especially when you think about the fans, The fans are super fans. It’s a sleeping giant at the moment but when I was there, we played in the Champions League. There was a lot of noise from really passionate fans – people who love the club, who are really living for the club. Football is about passion and winning and losing, and you have a lot of fans who are just cheering for that club. Football is also about entertainment – you have to entertain people – and there’s a lot of people who love that club.”

#PremierLeagueStories – #PaulRobinson Surprised #AdamLallana Chose Brighton over Leicester #LCFC #BHAFC
#PremierLeagueStories – #AntonioRudiger reveals how he convinced #TimoWerner to Join Chelsea #CFC #LFC
We use cookies on our website to give you the most relevant experience by remembering your preferences and repeat visits. By clicking “Accept”, you consent to the use of ALL the cookies.
Do not sell my personal information.
Cookie settingsACCEPT
Privacy & Cookies Policy