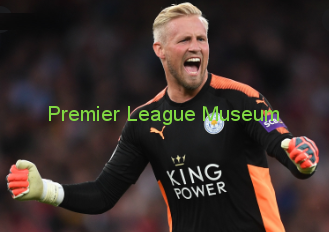 Under-fire Manchester United goalkeeper David de Gea has received backing from fellow stopper Kasper Schmeichel. De Gea was heavily criticised for his role in Sunday’s 3-1 defeat by Chelsea in the FA Cup semi-final and since signing a new deal at United has made a number of high profile mistakes that have kept the Spaniard under constant scrutiny.

However, Schmeichel – the son of legendary United goalkeeper Peter – has hit back at de Gea’s critics.

Kasper Schmeichel said “It can be very difficult and you’ve got to remember, and this is with absolutely no disrespect to journalist or pundits, but you’ve actually never stood in that goal. You would classify things as mistakes or errors, and there are things that are glaring sometimes, but often this narrative can be created around a goalkeeper because it’s the pundits and journalists’ job to educate and that’s their job.”