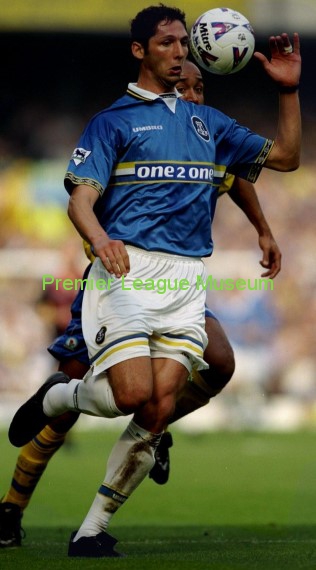 Marco Materazzi has discussed one important lesson he learned during his short time with Everton. The Italian played one season at Goodison Park making 27 appearances for Everton but the incidents he still remembers the most is his three red cards for the club. He opened about that recently and said how it felt like for someone who was new to English football culture and the country.

Marco Materazzi said “You must always evaluate how the red cards came about. I remember one, against [Coventry’s] Darren Huckerby – there was a picture of me crying by the advertising boards. That red card, in my opinion, was completely wrong. But you know how it works in England – when it’s a red, it’s a red. There is no excuse. It taught me something. I learned what it means to be a stranger in a new country [at Everton]. When foreign players come to Italy, they say they need time. It was good to try that experience and it helped me. For a guy who goes to England, the returns home as he wants to represent his country – because in those years, you wouldn’t play for Italy if you weren’t in Serie A – imagine what pushed me to come back: the Azzurri dream.”