#premierleaguestories – How #CristianoRonaldo was brought and bought by Manchester United #MUFC 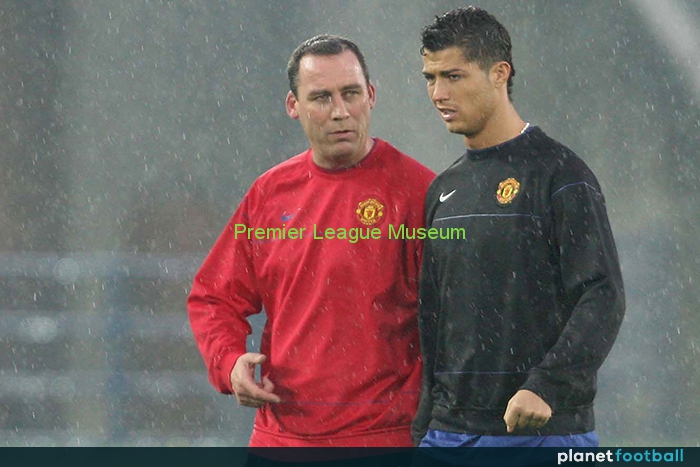 Peter Kenyon said “We did try really hard for Ronaldinho. In the end we offered what was a load of money even by our standards and there came a point… Getting the player just for the amount of money paid didn’t sit well at United. There was a decision that if he is right and we do want him we will pay because we could. It crossed the line and on reflection – and this is not about his ability – it turned out to be a great decision. I got a call at half-time saying, ‘Rather than leave him here, can we take him home please? So the team left the next day and I stayed to do it. That’s where Alex was absolutely amazing. He sold Manchester United better than anybody. He never over-promised but he got people wanting to be there.”

Peter Kenyon oversaw a huge summer back in 2003 which saw David Beckham leave the club to join Real Madrid and United fail in a bid to sign Ronaldinho as his replacement from Paris Saint-Germain. The former United chief insists the club ‘worked really hard’ to lure World Cup winner Ronaldinho to the club but there came a point when the finances became too much to afford.

After failing in their bid to sign Ronaldinho attention turned to luring teenage sensation Ronaldo to United and transforming him into a world star. The initial plan was for United to sign Ronaldo and loan him back to Sporting Lisbon for a season, but Kenyon says the famous pre-season friendly against the Portuguese club in 2003 soon changed Sir Alex Ferguson’s mind.

#PremierLeagueStories – #Richarlison Sets Goals Target for Next Season & Talks About Club’s Amitions Under #CarloAncelotti #EFC #BluesFamily
#premierleaguestories – #GrahamPotter reveals players he feared against Newcastle United #BHAFC #NUFC
We use cookies on our website to give you the most relevant experience by remembering your preferences and repeat visits. By clicking “Accept”, you consent to the use of ALL the cookies.
Do not sell my personal information.
Cookie settingsACCEPT
Privacy & Cookies Policy