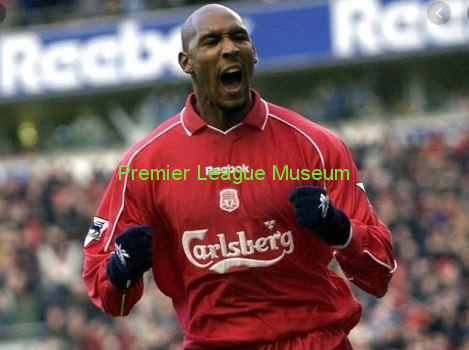 Nicolas Anelka recently spoke about his brief loan spell at Liverpool, the herculean task of having to replace Robbie Fowler and his admiration for the Merseyside club. Anelka played for big clubs in almost every top league in Europe and he reflected on his move to Liverpool where he had to put in extra effort to fit in the club culture.

Nicolas Anelka said “I was playing at PSG at the time but didn’t have good relations with the coach so when Gerard Houllier called my agent saying he wanted me for Liverpool, it was a yes immediately, Liverpool is one of the best clubs in the world and I wanted to come back in England because the football and lifestyle suit me the most. As a player and competitor you want to play for the best clubs. They had won three major trophies the season before and at the time Liverpool had Michael Owen. He’d just won the Ballon d’Or and again, as a competitor, you want to play alongside and compete against the best. It was the perfect club for me to come back to the Premier League. When you are in this kind of legendary club, you expect competition for your place and this is what I like. This is what motivated me, If you don’t like it, you don’t play at the big clubs because in the big clubs that’s all you have. Competition all the way, every day in training and at every game. You want to show and prove that you deserve to be in the starting eleven. To replace a legend like Robbie takes time. Robbie is a pure number nine! I knew and saw what he did for the club and how the fans loved him. It was not easy to come after him but, like I said I loved challenges and my goal was to bring what Liverpool needed. I’m French so of course, I was closer with Bernard Diomede who I knew from the national team, but really I got along well with everyone. We had a strong squad with power, stamina, agility, speed, experience and youth. The feeling was we could win the title because we had everything in the squad to be able to do it. Michael was the number nine and my role was to help him to score goals and Liverpool to win games. I knew that by doing that it would give me the chance to sign permanently. I remember I scored and gave an assist to Michael in my first home start (against Birmingham City in the FA Cup). As a new signing you have to show what you can do and in this kind of game and I had the chance to do it. I could see straight away on the pitch my understanding with Michael and the fans could see it as well so it was a great feeling. Playing up front with Michael as the number nine, and Emile and me just behind him was the perfect combination. I loved it. The partnership between Michael and Emile was on fire but I think I completed the trio perfectly. I think Phil Thompson was the perfect man to deal with the situation, Born in Liverpool and having played for the club, he handled it with no pressure like nothing had happened. As an outsider coming to the club, the feeling was everyone is focused on our target and the target was the title.”