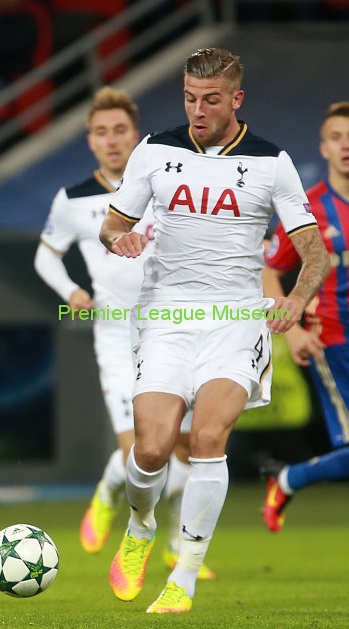 Toby Alderweireld has admitted that the Tottenham Hotspur players were hurt by the criticism they have received recently. The Belgium international netted the winner in Sunday’s north London derby with a towering header above the Arsenal defence.

Toby Alderweireld said “Of course it hurt. There was some negativity about us in the media, that’s normal but nobody sees how hard we’re working to change things, Sometimes you just need some momentum and confidence. I think from minute one, after a couple of seconds, we had a shot on goal. That showed a lot what our intentions were today. Even after a very good goal from them, mentally we were strong and we came back quickly. At difficult moments we stood our ground, especially defensively, and we have the quality to change it. Even at Bournemouth when we didn’t have a shot on goal we knew we had the quality to change games and score goals and I think we should have scored one or two. I don’t want to say like, ‘No, all the criticism, everything [people say] is untrue’, but of course it hurts because we work so hard. Everyone. Everyone wants to change things, everyone wants a better result.  So I think after the lockdown defensively we’ve been a lot stronger. We’re getting there. We have some momentum going so I think today can be a changing point, but I think today and in this period when things aren’t 100 per cent going your way, the thing is to work very hard and it’ll come. If you work hard, things will come. [Against Arsenal] we showed we have character. At difficult moments we were there and then we have quality.”