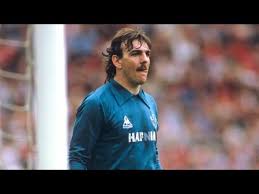 Everton legend Neville Southall has called on fans to give manager Carlo Ancelotti time after the Toffees’ 3-0 defeat by Wolverhampton Wanderers on Sunday. Wolves were clinical on the day and dispatched the Merseysiders to a defeat to boost their own chances of making it to Europe next season. But Southall, writing on Twitter, insists it is important for people to trust Ancelotti as the three-time Champions League winner attempts to transform Everton’s fortunes.

Neville Southall said “It’s a time for the manager to give game time to people who may or may not earn his trust,” he said. “Each player is going through that, now is a good time to do it. They will show him they want to be here or not, up 2 [sic] them now. He knows what to do. The manager will see the same game we did. We can moan all we like, but it’s time to trust the guy and let him decide who he wants and who he doesn’t. Getting rid is 10 times harder than signing players. He can only use what he’s got now.”

#PremierLeagueStories – #MichelNgonge Reveals How he “Did Not Enjoy” Watford’s Promotion Play off In front of 80000 fans in 1999 #WatfordFC
#PremierLeagueStories – #JackStephens confident that Southampton can Upset In Form Manchester United at Old Trafford #MUFC #SaintsFC
We use cookies on our website to give you the most relevant experience by remembering your preferences and repeat visits. By clicking “Accept”, you consent to the use of ALL the cookies.
Do not sell my personal information.
Cookie settingsACCEPT
Privacy & Cookies Policy