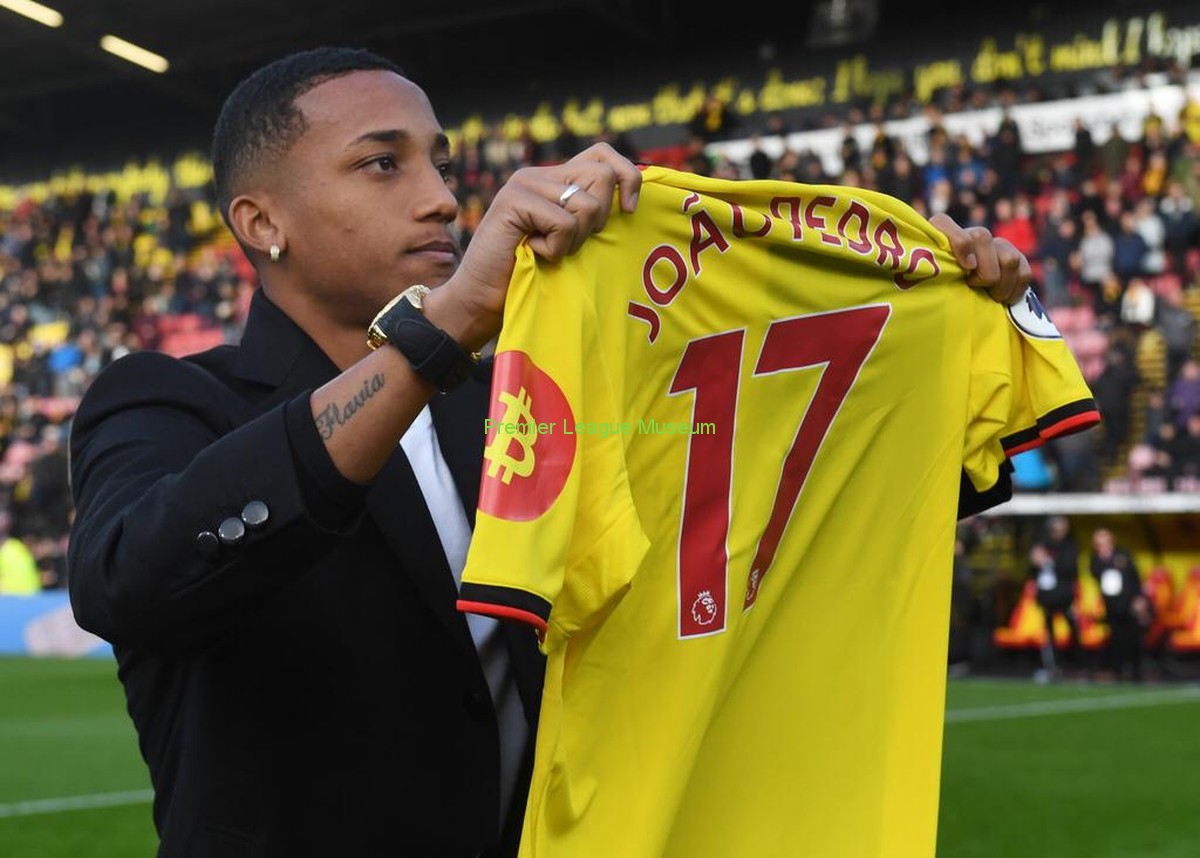 “Nothing is impossible,” says Watford’s Brazilian starlet Joao Pedro, who recently realised his dream of playing in the Premier League.  The 18-year-old came off the bench against Southampton in the Hornets’ 3-1 home defeat last month and, while his debut came in a losing cause the striker feels that he is realising the dream of playing England and his experience of playing back in Brazil in front of his home fans. There are a number of Brazilians who are doing well in the premier league at the moment and Pedro cited Richarlison from Everton who has benefitted by coming to England.

Joao Pedro said “When I was playing in the Under-17s championship, my agent told me there were a few clubs interested in me and that one of them was from England, He left it there because at that point I was preparing for the final so he wanted me to focus on that, but after the championship he asked if I was interested and I said I definitely was because it had always been my dream to play in the Premier League. From then on, I was really happy and felt so motivated. There were other clubs interested in me and rumours about some big teams, but Watford was the team that presented me with a plan and because of that I could see it was a serious offer. Even though I signed for Watford, I stayed with Fluminense for the time being and went on to score a hat-trick the first time I played in the starting XI, It was a Copa Sudamericana match against Atlético Nacional and that night was a blessed one. It was a night where my dreams came true. One of my goals was a bicycle kick and I did it all in front of the home fans. I will always remember that night. The beginning of my career showed me that nothing is impossible; that there are no limits. When I was a youth player at Fluminense I remember watching Richarlison, He was a different player then but he had a lot of potential and he ended up leaving Fluminense for Watford, as I have done yself more recently. After he came to England, I would watch highlights and videos of him that would come up on social networks. Now he’s part of the national team and like many others, he has kept going up in his career. I always try to identify what each player brings to the table, and with Richarlison I saw that he could use his left and right foot. When he found out I was coming to England we spoke over Instagram. I remember he welcomed me and said that Watford is a great team and that he evolved a lot while he was here.”