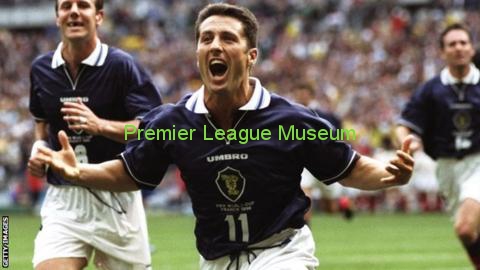 Former Everton and Fulham player John Collins has revealed that the tactics employed by Blues’ manager Walter Smith during his time at the club played a big part in his decision to leave. Collins briefly played for the Toffees after coming from Monaco and feels that Everton played the long ball game too often which was something that did not suit his style of play.

John Collins said “I’ve got to be honest that at Everton, the style of football wasn’t what I wanted to do or wanted to play. We had big Dunc (Duncan Ferguson) up front and we would go long too often, I went from Monaco where it was total possession and dominating games. At Everton it was never going to be quite like that, controlling games, but it was a little bit too direct going to big Dunc, then he got sold to Newcastle and we brought in Kevin Campbell. We were comfortably away from relegation in the two seasons then I had the opportunity when (Jean) Tigana came in for me when he came to Fulham, and I thought ‘I’m going to go back to the style I really enjoy which is getting it off the back four all the time and the game going through me.”