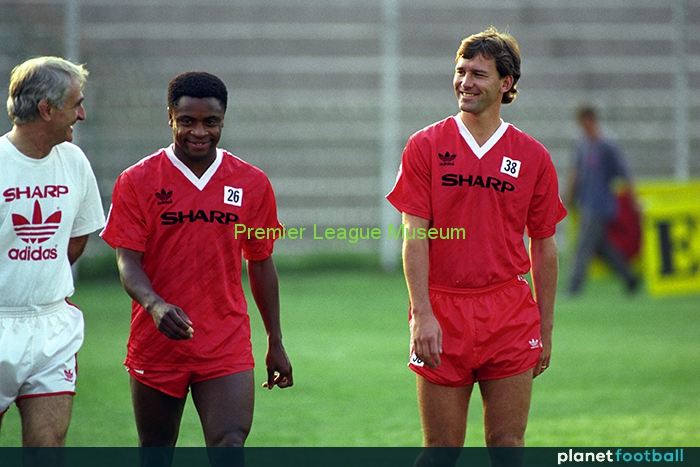 Former Manchester United defender Paul Parker who played for the club for six years from 1991 to 1996 said that a lot of people are struggling to come forward and accept that Ole Gunnar Solsjkaer has done a decent job at the club.  United’s recent form is giving justification to Solskjaer and his appointment at Old Trafford, with the club gunning for a top-four finish.

Paul Parker said “People are still struggling to come forward and say ‘Well done Ole Gunnar Solskjaer’, no one wants to do it because a lot of people wanted him to get the sack so they could follow up and say ‘we told you so’. He’s hurting a lot of people at the moment, I don’t want to begrudge anybody that opportunity because it’s still viable it could happen, but he has made people’s life a little bit more difficult because of how good a job he has been doing. If you throw out any top manager’s name, somebody in the press or a keyboard warrior would know all the reasons why Mauricio Pochettino would be doing better than Solskjaer. In fact, they don’t really know, to be honest, they haven’t got a clue why he would be better, all they know is that he’s a bigger name. Ole’s record prior to United wasn’t very good, but a lot of managers were getting jobs and we all questioned why, and they’ve been quite successful. No one wanted to give Ole any time at all. Yes, it has taken him a while, but he had to get rid of a lot of bad eggs and lift a club in the doldrums because of the previous manager. He has put smiles back on people’s faces, done a lot of homework and worked to know what United needed off the pitch.”

#PremierLeagueStories – #SamAllardyce thinks it will be tough for premier league to sanction Newcastle United takeover amidst Piracy concerns #NUFC
#PremierLeagueStories – #JamesTarkowsi refuses to allow Injury to be an excuse and is still hopeful for a Europa League finish #BurnleyFC
We use cookies on our website to give you the most relevant experience by remembering your preferences and repeat visits. By clicking “Accept”, you consent to the use of ALL the cookies.
Do not sell my personal information.
Cookie settingsACCEPT
Privacy & Cookies Policy