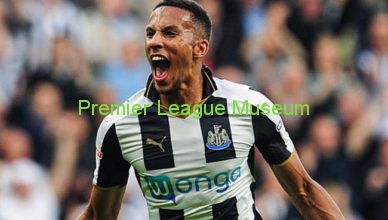 Newcastle United midfielder Isaac Hayden has insisted that the players can not use the potential takeover of the club as an excuse for their poor performances. There has been widespread speculation of the Saudi Arabic Public Investment Fund taking over the North East club but broadcasting rights’ piracy and human right violations in the Middle East has meant that the fit and proper test conducted by the premier league to allow the takeover deal to go through has dragged on for a couple of months now. But Hayden believes that the distinction is no reason for the players to get distracted on the field.

Isaac Hayden said “I can’t speak for the other lads but I think the performances when we switched to a back-four before the lockdown and obviously the performances since we’ve been back – I don’t think anyone’s been affected that I can see, We’ve had a good performance against Sheffield United, a second-game syndrome, leggy performance against Villa – but still got a half-decent result – and then we’re playing arguably one of the best sides in Europe. The lads have been training well, we’ve been in good spirits. The manager and the staff have been in good spirits. I think it’s just a case that it’s out of our hands, we can’t really influence anything so there’s no point getting frustrated about it. We’ve just got to do our job which is to win football matches for Newcastle.”

#PremierLeagueStories – #SeanDyche backs his depleted Burnley side to challange for a Europa League finish #BurnleyFC
#PremierLeagueStories – #RalphHasenhuttl urges #MichaelObafemi to increase his workload if he wants more game time #SaintsFC
We use cookies on our website to give you the most relevant experience by remembering your preferences and repeat visits. By clicking “Accept”, you consent to the use of ALL the cookies.
Do not sell my personal information.
Cookie settingsACCEPT
Privacy & Cookies Policy