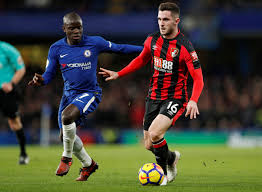 Lewis Cook revealed how nutrition had played an important role during his development as a player at Cherries. The England international signed from Leeds in the summer of 2016 and has since gone on to feature 70 times in the top flight, as well as representing England at senior level. And while his focus has always been on developing his game, the 22-year-old revealed how he had looked into his diet and sleep while at Cherries, to compete with the Premier League’s top stars.

Lewis Cook said “Coming through at Leeds, when you’re a scholar and even younger, I don’t think you focus too much about food at all. Obviously, I wasn’t going out drinking or partying at all. It was just all purely about football. When you’re a scholar you do a BTEC in sports science and that’s got a lot of stuff about food and things like that but you don’t really pay attention to it. Once I got into the first team at Leeds I started to think a little bit about it but the Championship was just so intense, it was just playing games. It was ever since I went to Bournemouth I started taking it seriously to be honest. Taking that step up to the Premier League, you see these stars, these massive names, doing the right thing. You think ‘I’m going to have to try and get these one per cents now’. I try to eat right and make sure I’m sleeping right because that is so important. You realise how massive those one per cents can be because you’ve got to be on your A-game to play in this league and that was when it really hit me about the food and my sleep and things. I’ve always been kind of aware but since I came to Bournemouth, that’s when I really started trying to focus on my nutrition because that is when I saw all the other players who were eating better than me. It gave me something to work on. In my situation where I’ve had an injury, prevention is very important in making sure everything is going okay and smooth, Food is massive in that. I realised that when I was injured, making sure you’re getting all the right nutrition is key to making sure your joints are healing well and functioning. The chefs are really good and we’re really lucky to get the food we get because it’s top quality and gives us what we need.”