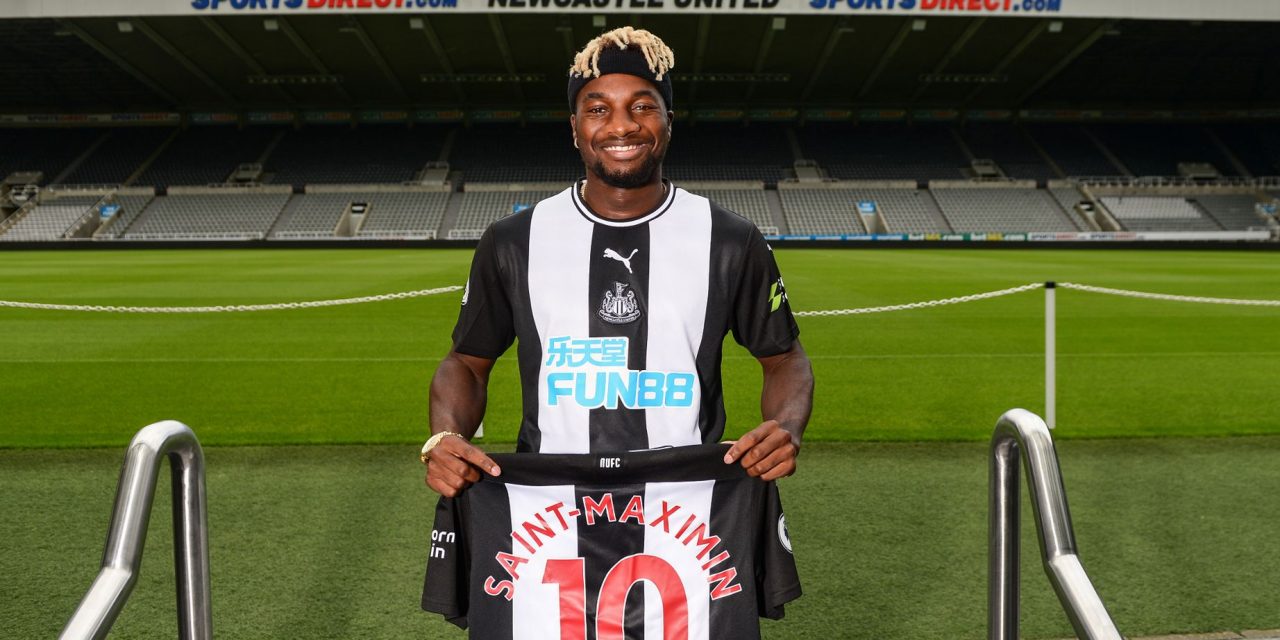 Allan Saint-Maximin admits he feels like he has found his “family” at Newcastle United and has opened up on his “love” for head coach Steve Bruce. Through his actions on the pitch and on social media, the former Nice forward has quickly established himself as a firm fans’ favourite following his move to St James’ Park last summer. Saint-Maximin has previously stated it was his dream to play in the Premier League, and he believes his affinity with the Toon Army stems from the long line of French wingers to shine in black-and-white such as Hatem Ben Arfa, Laurent Robert and David Ginola.

Allan Saint-Maximin said “Good clubs wanted me in Italy, in Spain or in Germany. But it’s what I said to you before, I really want to go in the Premier League because it’s the best in the world. I know if I develop there, after I can go anywhere. Newcastle have come and given me a lot of confidence, and they did a lot of things before I came. I talked with Steve Bruce, and he talked really well with me and I really liked the feeling. It’s a family at Newcastle and it’s just what I need, to go somewhere that trusts and believes in me. This is important. If you go somewhere where people think this guy is not too good, you don’t feel too comfortable. Ever since my first training session, they really feel like this player can do something. Newcastle has a lot of history and a lot of players who play a little bit the way I play, so I think that’s why the supporters like me. I love a coach like Steve Bruce because he believes in me. He believes a lot in me. Sometimes, you feel like a player like me doesn’t like to defend, I only like attacking, scoring and dribbling. But with Steve Bruce, he will give you some things when he talks to you, you want to help him and go and fight, tackle. He gives me this because he trusts me, and I want to do everything for him. That’s why I really like Steve Bruce, and he likes the way I play and defend so everything is good.”

#PremierLeagueStories – #KevinDeBruyne believes Manchester City still has a lot to play this season #MCFC
#PremierLeagueStories – Crystal Palace manager #RoyHodgson believes Liverpool have started a dynasty under #JurgenKlopp #LFC #CPFC
We use cookies on our website to give you the most relevant experience by remembering your preferences and repeat visits. By clicking “Accept”, you consent to the use of ALL the cookies.
Do not sell my personal information.
Cookie settingsACCEPT
Privacy & Cookies Policy